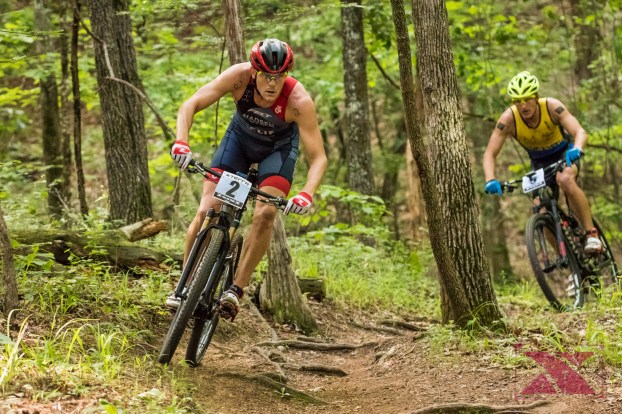 XTERRA Oak Mountain, a qualifier for the XTERRA World Championship, will return to Oak Mountain State Park May 20-21 for the 12th year. (Contributed)

PELHAM – XTERRA Oak Mountain, a sporting event that features triathlon and trail run racing, is returning to Oak Mountain State Park for the 12th year May 20-21, serving as a qualifier for the XTERRA World Championship.

The May 20 off-road triathlon race is part of both the XTERRA America and Pan America Tours, which attracts elites from around the world racing for points and their share of the $15,000 prize purse, and amateurs from across the country trying to qualify for the XTERRA World Championship.

The event combines a one-mile swim in Double Oak Lake with a 20-mile mountain bike on Oak Mountain’s trails and a 10K trail run. XTERRA athletes hail from a total of 41 states and eight countries.

Last year Middaugh pulled out the win in 2:19:17, just 11 seconds in front of Mendez. But Mendez, who was just 21 years old at the time, got the last laugh with the big win at the 2016 XTERRA World Championship in Hawaii.

Both men are off to fast starts in 2017 with Middaugh winning his first race of the year at XTERRA Costa Rica on April 9, and Mendez winning the Ironman 70.3 Texas title on the same weekend.

The talent doesn’t stop with those two. Karsten Madsen from Canada, who was third last year and went on to win the 2016 XTERRA Victoria Championship, is back in the mix alongside every elite that finished in the top 10 last year plus new faces from Europe and Tahiti.

In the women’s race reigning XTERRA Pan America Tour Champion Suzie Snyder from Nevada, who has the early lead in the 2017 tour standings after winning XTERRA Argentina and Costa Rica in March and April, returns to defend her Oak Mountain crown.

She’ll face off against perennial rival Emma Garrard from Utah, the 2015 XTERRA U.S. Pro Series Champ. This will be Emma’s first race since the birth of her second child in January. Maia Ignatz, the runner-up on the Pan America Tour last year, Julie Baker – the XTERRA Beaver Creek Champion, Laura Mira Dias from Brazil, and Kara LaPoint, who finished third in XTERRA Oak Mountain last year, look to be the top contenders.

“Bama is my favorite race in the U.S. because of the hidden gem that is Oak Mountain State Park,” Snyder said. “The single track is phenomenal and the conditions are always an unknown which makes the technical aspect of the course so much more of a factor in the outcome of the race.”

Snyder isn’t the only one with high praise for the course at Oak Mountain State Park. Runner’s World Magazine called the trails one of America’s “Crown Jewels – 25 best trails in the nation.”

In addition to the XTERRA Championship and half-distance XTERRA Sprint race, XTERRA will host a beginner and family-friendly “Xticer” race that combines a 200-meter swim with a 10K mountain bike, and 2K trail run. Then on Sunday XTERRA will host a full set of trail runs to include a 5km trail run/walk option and competitive 10km and 20km events.

All races are open to everyone, and registration is open at Xterrapelham.com.