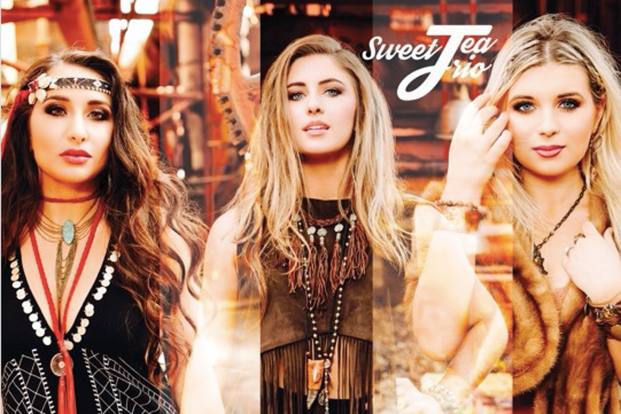 Pictures is the cover of country band Sweet Tea Trio’s self-titled album, which will be debuted at a party at Workplay on Friday, May 12. (Contributed)

BIRMINGHAM- Alabama-based country band Sweet Tea Trio will debut its first EP album at a party at Workplay in Birmingham on at 7 p.m. Friday, May 12.

According to Tami Coker, the mother of one of the band members, the pre-sale campaign for their self-titled album will be released on iTunes on the same day, and the album will be for sale at the event. The band plans to officially release the album in mid-June.

Tickets are currently available for $10 on Workplay’s website, and entry will cost $13 at the door.

They have since opened for Lonestar, Tracy Lawrence, Scotty McCreery, Diamond Rio, Drake White and Shenandoah. Recently, they were guest performers for Kid Rock on a cruise. Tami Coker said the band plans to move to Nashville this summer.

“We’re hoping that they will replace the Dixie Chicks, and fill a void that has been left in the music industry,” Tami Coker said.

More information about the event and the band is available on the Sweet Tea Trio Facebook page.

Albert L. Scott celebrates ‘May the Fourth Be With You Day’