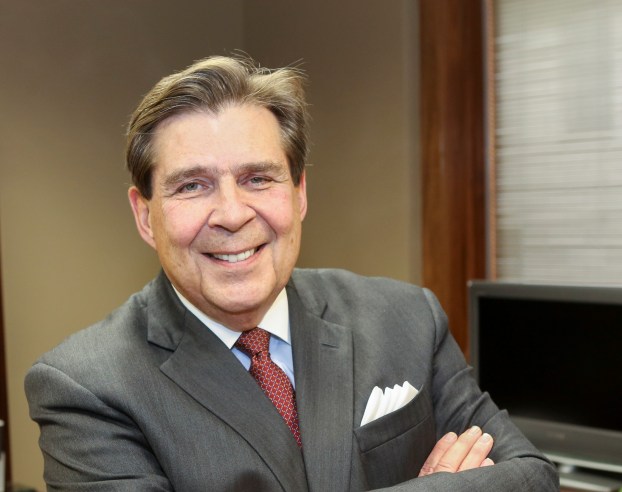 Pelham businessman and Jefferson County Commissioner David Carrington is running for governor of Alabama. His platform will be unifying the state with trustworthy leadership, improving education, unlocking jobs in Alabama and “untangling the mess in Montgomery.” (Contributed)

PELHAM – Pelham businessman and Jefferson County Commissioner David Carrington announced his decision to run for governor of Alabama on Monday, May 8.

Carrington, who is in his second term as a county commissioner and was on the Vestavia Hills City Council for six years, said he is running for governor based on his record of helping Jefferson County bounce back from the depths of bankruptcy.

Jefferson County was in default on $3.2 billion of sewer debt and more than $100 million of general obligation debt, the audits were three years past due and the indigent care hospital was averaging 37 patients per night and was losing $10 million to $15 million a year.

“When I was first elected to the County Commission in 2010, Jefferson County was a mess,” Carrington said. “And I’m sure that most will agree with me when I say that right now Alabama’s state government is a mess, but it doesn’t have to be.”

Carrington, who is a Republican, said that he is the leader the state needs. His platform will be unifying the state with trustworthy leadership, improving education, unlocking jobs in Alabama and “untangling the mess in Montgomery.”

“The public wants trustworthy leadership,” he said. “We need to clean up the mess in Montgomery. A leader with character and competency is what’s needed and a good indicator of both is your track record, what you’ve done.

Carrington said it’s up to the leader to articulate the vision and then build the team to make the vision a reality.

“If I don’t know the solution, it’s my job to go out and find the person who does,” he said.

When it comes to disagreements, he said state leaders need to stop trying to compromise and instead try to reach a consensus. He said it’s also important to know how to compartmentalize issues.

“Just because you don’t see eye to eye with someone on one issue doesn’t mean that you can’t get along,” he said. “You might disagree on one issue and be on the same page when it comes to another.”

On improving education, Carrington his goal is to move Alabama’s K-12 system from the bottom 10 percent in the nation to the top 25 percent in the next decade. He added that pre-K programs need to be fully funded, funding for the Alabama Reading Initiative needs to be restored, vocational-technical programs should be expanded and dual enrollment fully embraced.

In addition to in-school initiatives, he said workforce development needs to be improved and post high school career tech training expanded so that adults can escape the trap of low paying jobs.

“We have too many working age adults in minimum wage jobs, and that’s a problem because it blocks high school students and young adults from getting jobs and developing work experience,” he said.

Carrington said economic development is the key to unlocking jobs in the state. He said the state needs to recruit new businesses that enable workers to move up in the system.

“Higher salaries equal more spending and investing in the community,” he said.

He said he wants to improve the state’s median income from the bottom 10 percent to the top 50 percent in the next decade.

Aside from his current role as county commissioner, Carrington is the president of Pelham-based RacingUSA.com, a company that sells licensed NASCAR merchandise and is one of the nation’s leading retailers of NASCAR merchandise.

Carrington and his wife Sonia have two sons, two daughter-in-laws and seven grandchildren.