“The American Village is pleased to join the Shelby County Reporter in recognizing Colonel (Retired) Robert L. (Bob) Barefield as Veteran of the Week,” American Village founder and CEO Tom Walker said. “He is representative of the hundreds of thousands of Alabamians who have risked it all for the sake of our country and its freedom. To all veterans we owe a debt we can never fully repay.” 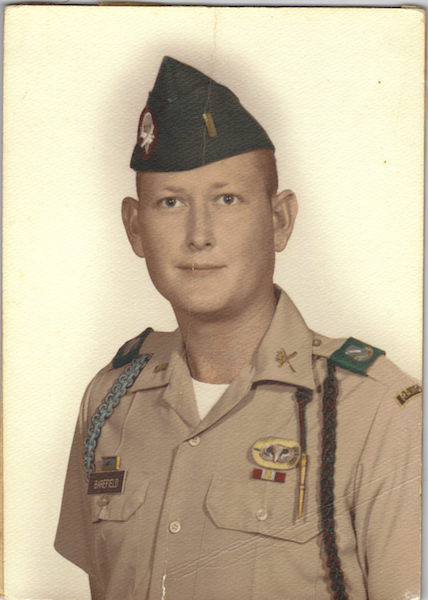 Bob grew up on a farm in Kentucky. He served as an Infantry soldier for over 30 years, retiring as Colonel in 1998. His assignments included duty in Vietnam & the invasion of Cambodia with 1st CAV DIV (69-70), XVIII ABN Corps, 101st ABN DIV (Air Assault), 82d ABN DIV, 5th Ranger TNG BN and US Army Panama, commanding the 1-508 ABN BN leading up to OPN Just Cause. His last assignment was CDR, 5th Brigade, US Army Cadet Command. He was awarded the CIB, EIB, Ranger Tab, Army AVN Wings, Master Jump Wings and Pathfinder Badge. His decorations include the Legion of Merit, Bronze Star Medal with “V”, Bronze Star Medal (3rd Award), Purple Heart (5th Award), MSM (7th Award), Air Medal, ARCOM with “V” and the Florida DSM. Bob is a graduate of the US Army War College. Bob is Chair of Patriotism In Action, on the Board of Blue Star Salute Foundation, Chair of the Support Committee for the Alabama National Cemetery, 2nd Vice CDR of American Legion Post 911, and Trustee for Life Leaders.

In His Own Words: “Our youth must understand that we owe our freedom to veterans who have fought and died to protect the USA against enemies who want to disrupt our way of life and impose their will on our citizens. Freedom is not a right and it is not free, it comes at a high cost not only to our military but also at great sacrifice to their families. Freedom has to be fought for and won every day. I am proud to have served with America’s bravest and brightest in both peacetime and war.”

Veteran of the Week: Eugene B. Sledge

By MELANIE POOLE / Special to the Reporter The Veteran of the Week is sponsored by the National Veterans Shrine and... read more