By NANCY WILSTACH / For the Reporter

Camryn Neal, a tall willowy blonde with a shy smile, takes her soccer seriously—so seriously that her coach gives her credit for being the linchpin of Westminster girls’ soccer, helping the sport advance from a “kind of social thing” to a real sport.

Neal’s dedication to her sport, as well as her status as an honor student, makes her a Westminster School at Oak Mountain outstanding 2017 senior. She heads to Mississippi College in the fall to play soccer on the next level. 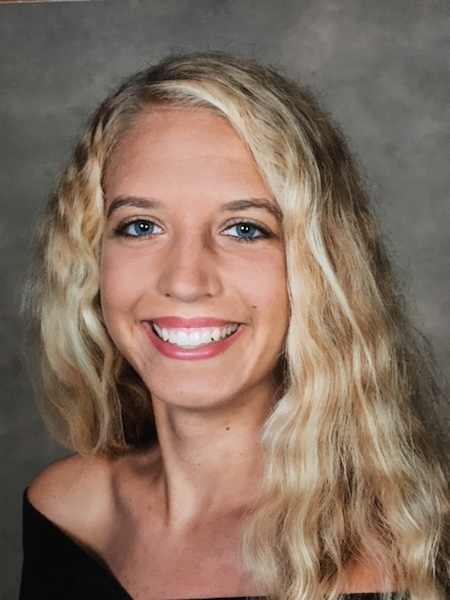 Camryn Neal has been an integral part of the Westminster girls’ soccer team, and will continue playing soccer at the collegiate level. (Contributed)

“I’m excited, but I’m a little nervous,” she said. Her coach Patrick Fitzgerald understands her feelings. “She is good, really good, but it’s a different world. But she definitely has earned a spot on the team.”

The flip side of that: “I am sure going to miss her.” Fitzgerald credits Neal’s leadership as a reason that the Westminster girls’ soccer program has become competitive enough to make the Class 1-3 AHSAA playoffs this year. Seeing their teammate give it that extra effort encouraged the other girls to get their game on, he said.

Neal heads to Mississippi College with a sturdy foundation—not only in soccer, but in academics, as well. A member of the National Honor Society, her GPA hovers in the 3.80 range. And that is with a course load that includes college algebra, modern European history and a third year of Spanish.

The daughter of Chad and Casey Neal of Chelsea is heading into the world of NCAA-II college athletics with her eyes wide open. “I know I have to get up to the speed of play—I know the (college soccer) players are faster, stronger … a little meaner.”

At 5-foot-9 1/2 Neal can get those headers that shorter players can’t, and her longer stride can give her an edge on getting to the ball. She continues to run cross-country to keep up her endurance, and she plays basketball, a sport that can help a soccer player hone quick moves and rapid changes of direction.

Dedication sets Neal apart, Fitzgerald said. “She works hard, and she listens. Then she applies the teaching,” he said. “She showed up for workouts when it was only the guys.  Cam brought (girls’ soccer) from the social to the competitive. People look up to her, and she has the desire to win.”

A career in nursing is Neal’s goal. She chose Mississippi College in Clinton, Miss., because she has family in the state, and her experience at a camp there made her feel comfortable with the school.

Neal’s presence has left an indelible impression at Westminster, Fitzgerald said: “She proves that you can be competitive and still be a young lady.”

By LAUREN DOWDLE / For the Reporter It doesn’t take long for people to notice there’s something special about Armeen... read more