MONTEVALLO- It has been a little more than a month since any family members have seen 39-year-old John Adam Hyde, a missing Montevallo man who was last seen in early May. According to his older sister, Joann Hyde, the last time he spoke to family members was at her house on May 4. She said she noticed nothing out of the ordinary.

“He was talking about getting a check cashed, but it was just $100. He had some stuff he had to do. [When he left the house,] I told him that I would see him around, like I always do. I never saw him again.” Joann Hyde said. 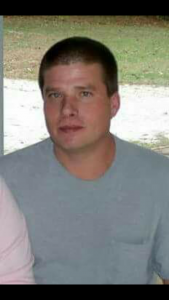 Joann Hyde claimed law enforcement could have used more resources in the search.

“They have not really done much, as far as digging. I just don’t feel like they’re doing as much as they can or what they could have done in the beginning, before it got this far along,” Joann Hyde said. “They could have brought dogs out, but they said they couldn’t. They could have used helicopters.”

After the vehicle was located and searched, Joann Hyde said she noticed several clues that led the family to believe John Hyde didn’t leave on his own accord.

“My brother is a chain-smoker, and his tobacco was just laying there. Anybody that smokes like that would not leave their tobacco,” Joann Hyde said. “Right then, I knew that he didn’t just voluntarily just walk off from that car.”

Joann Hyde said she and John Hyde were close, and he typically visited her when something was bothering him. She also added that he didn’t have the means to run away.

Joann Hyde also called for a larger police presence around an area known as “the Slab” off Shelby County 10, where John Hyde’s vehicle was located on May 14. While her brother only occasionally went to “the Slab,” the area has a reputation for crime, drugs and violence.

“He would go down there every once in a while. Most of the time he was down here with one of us or a friend, but none of them have seen him,” Joann Hyde said. “They know this is a bad place. I don’t see how the county is even letting this stuff still go on down here. I quit hanging out down here. There’s always drugs, fighting, stabbing and killings. It’s sad that they let it continue down here.”

“We are very aware of the activity that goes on down there,” Sumrall said.

In addition to searching the area near “the Slab” every week as a family, Amy Hyde, and her husband, Charles Robbins, recently hired a private investigator in the hopes that it will help the family locate her brother. A GoFundMe page, “Locating expenses – John Adam Hyde,” was set up to help the family raise funds to hire the PI.

“We’ve come out every weekend, and we had other friends who have come out during the week, but we come when we can,” Amy Hyde said. “[The PI] is doing all she can do. She’s checking into a lot of things. I know it takes time.”

“I just want to find my brother. I’ve been down here everyday, and I’ll keep coming,” Joann Hyde said.

“I love him, and we just want him to come and let us know he’s okay. We’re not going to give up until we find him,” Amy Hyde said. “I’m going to do all I can do.”

Amy Hyde said she believes that someone out there has more information on her twin brother’s whereabouts, and urged anyone who does to reach out to the family or contact authorities.

John Hyde is described as a white male who weighs 220 pounds and stands at 5 feet and 6 inches tall. The SCSO can be reached by calling 669-4181 and SCSO Investigator Jessie Woodard can be contacted by calling 670-6283.

“Somebody knows something. If somebody would just let us know something, they could call and give some information. They can do it anonymously,” Amy Hyde said.