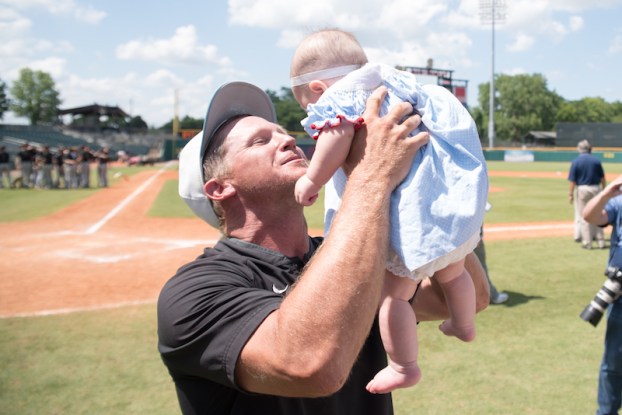 Helena's P.J. Guy is the 2017 Shelby County Coach of the Year after leading the Huskies to a state championship in just the school's third year. (Reporter photo/Keith McCoy)

HELENA – Looking around Shelby County at the various different sports during the 2016-17 school year, one thing was evident, coaches at each of these school care not only about succeeding in their position, but a whole lot more as they try to give their student-athletes the best experience in all facets of life.

Moving across the spectrum of high school sports from football, to basketball, to bowling, to tennis and soccer, the passion by which each of these coaches teach the game is evident each and every time they step in front of their students.

While it was tough on deciding a coach of the year for all sports this season, one has been a little more tough than the rest. During the 2017 baseball season, that passion for coaching exploded as several different county baseball coaches led their respective teams to historic seasons.

Oak Mountain’s Derek Irons led the Eagles to a school record for wins in a season for the second consecutive season; Chelsea’s Michael Stallings led the Hornets to a school record for wins and a deep playoff run; Briarwood’s Steve Renfroe helped the Lions spend most of the season at No. 1 in the rankings and record of 27-5; and Calera’s Trey Simpson propelled the Eagles to an overall record of 24-14 and an appearance in the second round of the playoffs in a very tough 5A classification.

While a few weeks ago all of those guys were in the running, there was one name, that separated itself from the rest of the pack down the stretch; Helena’s P.J. Guy.

In 2015, they came up just short of the championship after losing to Russellville, but two years later they returned to Montgomery and this time around, Guy and his team brought back some hardware as they knocked off another powerhouse in Cullman to win the 2017 state championship.

“It’s all due to the players,” Guy said. “Things have been going in the right direction for the last couple of years because the players truly believe in the direction of the program and that the coaching staff has their best interest at heart.”

If the two state championship appearances and one title aren’t enough to convince you of his coaching brilliance on the diamond, maybe his record will. After a 38-6 record during the 2017 season, Guy not only picked up his second 30-plus win season, but his 38th and state championship win brought his overall record at Helena to 100-39, picking up a remarkable 100 wins in three seasons. 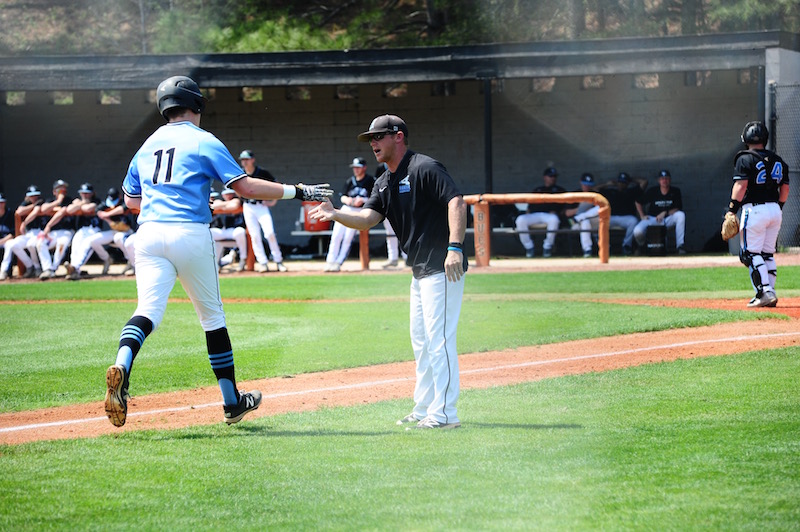 After starting the 2017 season 16-4 heading into the Hoover tournament, most people saw Helena as the No. 1 team in the state and a championship contender, but Guy saw something else.

“As a coaching staff going into that Hoover tournament we were good record wise, but still felt there was a lot of room for improvement,” Guy said.

His team responded by reeling off seven consecutive wins in four days after getting some dominating pitching performances to win the 2017 Buccaneer Classic.

“That was undoubtedly the turning point in our season,” Guy said. “We beat some really good teams in that tournament, including the eventual 7A state champion in Hoover. It gave us a new sort of confidence and we went on to beat Oak Mountain and Thompson that next week. Those wins led into our first two area games against Chelsea where our confidence was at an all-time high.”

Winning the Hoover tournament was a goal set by the team before the season, along with finishing perfect in area play, both of which they were able to accomplish.

“Our main goal was to win a state championship obviously, but we really changed our overall outlook on the season because we didn’t want to think about it,” Guy said. “On the last day of winter conditioning we discussed team goals besides winning the state championship and when we accomplished both it really gave us a lot of confidence going into the playoffs.”

His team’s confidence after the tournament was evident as the Huskies finished the regular season 28-5, losing just one more game to Spain Park in their regular season finale.

Over the next few weeks, the Huskies swept playoff series with Russell County, Opelika, Baldwin County and defending champ Hillcrest Tuscaloosa giving up just five runs in eight games, which led to the penultimate state championship series with Cullman.

After an error filled game one saw Helena fall 9-1, their backs were squarely up against the wall as they were forced to win two straight games the following day if they wanted to capture the 2017 state championship, but Guy calmly managed his guys emotions during the big moment.

“I just simply told them that nobody could win the state championship on night one,” Guy said. “The previous four rounds that wasn’t the case so it was important to let them know that there was still baseball to be played. They’re still 17 or 18 years old, so they get caught up in the moment, which showed that first night.”

Overnight those 17 and 18 year olds flipped into a much more mature gear as they geared up for the biggest two game stretch of their young careers.

“Both times we had played them previously they had big first innings,” Guy said. “So we preached that the biggest thing was not to let them score in the first inning. That was our motto going into the game and really helped them relax throughout.”

The Huskies bought into their coaches words yet again and didn’t allow any big innings early in the game. Several players came up clutch in some of the biggest moments of the season as they went on to win the school’s first baseball state championship.

Two of those guys were none other than Brooks Brophy and Colton Hood, both of whom were key contributors for Helena at one point, but hadn’t gotten to play in a while.

“It’s very uncommon to find guys like that who are going to put the team first and individual second,” Guy said. We had an entire team do that and those two exemplified it when we needed it most. They were the classic example of humble team guys that waited their turn and reaped the benefits.”

They were just two of a 22-member team that featured 10 seniors to exemplify this team’s commitment to one another, something that starts from the top of the coaching staff with coach Guy.

When you ask coach Guy what was responsible for the great season and strong playoff run, he gives a lot of credit to his team, some to himself and his coaching staff, but the shining star of the team, his four-month-old daughter Ellie Grace Guy.

On January 31, Guy and his wife Lee Anne Fuller Guy welcomed Ellie Grace into the world just a few weeks away from the season’s first pitch. Unbelievably, she was able to make it to 43 of the 44 games throughout the season, but that’s just the beginning of the story.

“She was my good luck charm this year,” Guy said.

And good luck she was.  Ellie Grace had a dress she wore during all of Helena’s area games and throughout the playoffs in. The only game she skipped out on wearing the dress was game one of the state championship series with Cullman. The following day, she made sure it was on as the Huskies completed the two straight wins to bring her season total in the dress to 16-0 and a state championship.

“I’m just thankful to my family, especially for my wife and daughter. They took so much time to come and support me this year and gave me such a solid foundation,” Guy said. “It’s just special to be in a place like Helena because this community is just one big family and this season was for them.”

While Guy has created one of the state’s best baseball program’s in a short period of time thanks to the support of his players and the community, I’m sure he’s hoping his daughter’s growth is a little slower so she can fit into that lucky dress again next season as he looks to lead his team to a repeat.