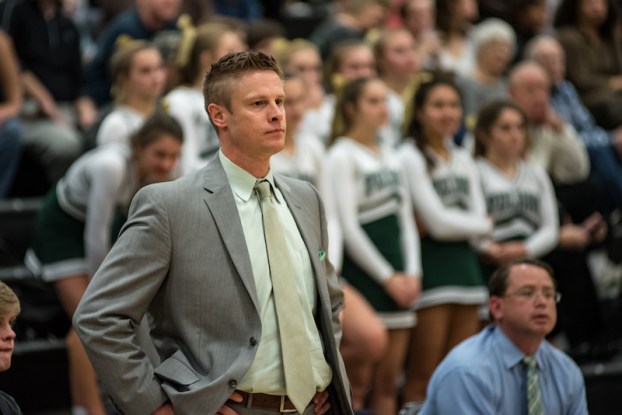 Pelham – Coming off one of their most successful seasons in school history, the Pelham boys basketball team is riding a wave of momentum and even though they are without standout Alex Reese, who has now departed for Alabama, the Panthers’ now have a certain belief and expectation that goes beyond previous years.

The last two years of making it to the Sweet 16 and most recently the Elite Eight in 2017 has established a new norm that this team can not only make the playoffs, but make a deep run at a state championship.

This makes it the perfect time to take part in head coach Joel Floyd’s summer basketball camp as he and the Panthers will look to spill their confidence and hard work over into young up-and-coming players.

While the loss of Reese will be a tough one to replace, two seniors in Mitchell Rottier and Justin Allison will be back in 2017-18. Both were two of the hardest working players on the court this past season, and each had special moments throughout the season.

Whether it be Allison taking over and scoring close to 30 points several times with Reese out of the lineup, or Rottier hitting a buzzer beater in a regional matchup with Hillcrest-Tuscaloosa to keep the Panthers’ season alive.

Even during the downs of the season, however, when Pelham was on a losing streak midway through the season, neither of the two panicked as they helped their team rebound to win eight games in a row to end the regular season.

Their leadership roles were already instrumental just as juniors and that trickled down to younger players on the team. It’s already continued into the offseason as Allison was putting up shots and practicing on the last day of school as well as Memorial Day instead of sprinting out the doors for the summer.

His want and desire comes from years of hard work and skills that he learned from his head coach and older players like Reese. It’s something Floyd and those two starters will try to use to inspire future Pelham Panther player’s.

The camp will take place June 26-29 from 1-4 p.m. and will be open to second-sixth graders. It will cost $80 per camper, but a group discount can be applied if you pay for three campers in the same envelope.

Checks are to be made payable to PHS and mailed to Joel Floyd at 2500 Panther Circle, Pelham, AL, 35124. A pre-registration is available until June 10, and all pre-registered kids will receive a camp T-shirt.

Sessions of the camp will include drills focusing on dribbling, shooting, individual defense, team defense, individual offense and team offense. Games and contests will also take place to keep the camp fun for all. Questions can be answered by contacting Floyd at jfloyd@pelhamcityschools.org or by phone at 490-4021.

It’s a great opportunity to learn the kind of work ethic it takes not only to be a great player, but to be part of a great team as well.