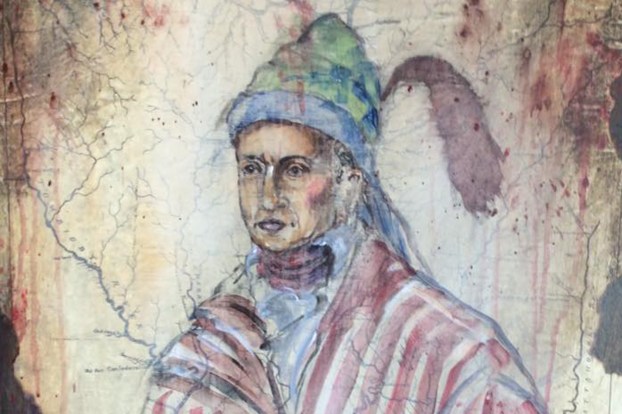 The History as Art exhibit will showcase the creative abilities of several artists while reflecting on Shelby County history as part of the 31st annual Liberty Day in Columbiana. Pictured is a sample painting by SCAC Executive Director Bruce Andrews. (Contributed)

Museum and Archives Executive Director Jennifer Maier said the pieces from the exhibit will be open to the public for viewing at the Shelby County Museum and Archives building during Liberty Day on June 24, and will feature work from several local artists.

“It will give people the opportunity to see the creative aspects of Shelby County history and to see the final results of the artists’ work,” Maier said.

Maier said she was approached with the idea of the History as Art exhibit by SCAC Executive Director Bruce Andrews, and the exhibit was made possible through a grant from the Alabama State Council on the Arts.

“He thought that it would be a good idea for us to partner up. It’s going to spotlight two local areas of interest: the Arts Council and the Museum,” Maier said.

Before Liberty Day, Maier said each artist visited the museum to get a better understand of Shelby County history for their submissions.

“Many of them really dug in and approached the museum in a different light. Each artist went away with a different level of inspiration,” Maier said.

In addition to Liberty Day, Maier said the exhibit will also reflect two significant anniversaries for Shelby County and the state of Alabama.

“At this time, Shelby County and Alabama are both looking at their 200th birthdays,” Maier said. “This is a celebration of the state’s bicentennial and a tribute to the county.”

The exhibit’s official opening will take place on Thursday, June 23 from 6 to 8 p.m. at the SCAC building, before it is moved to the museum for Liberty Day. Maier said she and Andrews are excited to share the exhibit with the public.

“Visitors are going to be very pleased with the results,” Maier said.