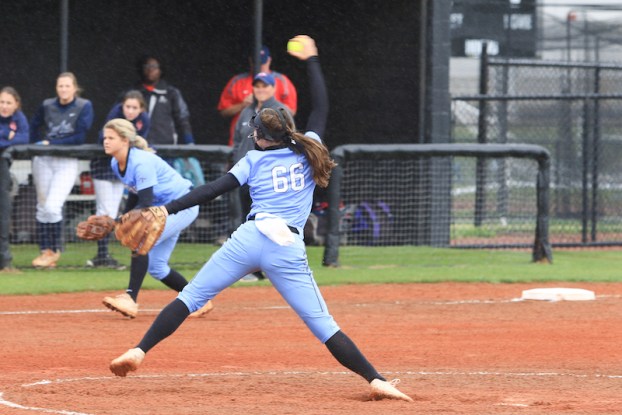 Spain Park's Annabelle Widra was named the 2017 Shelby County Player of the Year after striking out a county-high 272 batters in 200.2 innings pitched. (File)

Spain Park’s softball team has become a bit of a powerhouse over the last several years under head coach C.J. Hawkins and that was no less evident during the spring of 2017. While she has been one of the top coaches in the state of Alabama, she will be the first to tell you her job isn’t as successful without a talent-loaded roster.

In 2017, this was no different as the Jags fielded several future Division I softball players, and while every single one of them was deserving of the player of the year honor in Shelby County, it was an eighth grader that took that crown in pitcher Annabelle Widra.

I will be the first to tell you that I really struggled to come to the conclusion of naming Widra the 2017 Player of the Year in the county because at one point I had thought about going with four co-players of the year, meaning I had to ignore several players that were deserving of this honor.

An entire crop of shortstops across the county could have been named player of the year as it, like the pitching position, was stacked full of impressive playmakers and was possibly the county’s best position.

Lauren Haskins, Thompson, Allie Miller, Chelsea and Mary Katherine (MK) Tedder, Spain Park, were all considered at one point for the award. In the end, what ended up tipping the scale was that while I considered several different players, there’s always one I came back to and just simply said “wow.”

Widra was that person for a wide array of reasons during her second year as a starting pitcher for Spain Park.

That’s right, she started pitching for the varsity powerhouse during her seventh grade year in middle school when she was already impressive enough, but the improvements she made during her eighth grade season were even more awe inspiring.

As a seventh grader she made a strong push in the second half of the season helping lead the Jags to a state championship matchup with Sparkman. That successful spurt came after starting the season as a backup not even playing in a game until March 5, 2016. After earning playing time, she ended up pitching in 24 of their final 47 games and even started in 16 of them on her way to a 13-5 record.

Widra totaled 108 innings and ended the season with 118 strikeouts and an ERA of 1.944, which earned her a spot on the 2016 Shelby County First Team. 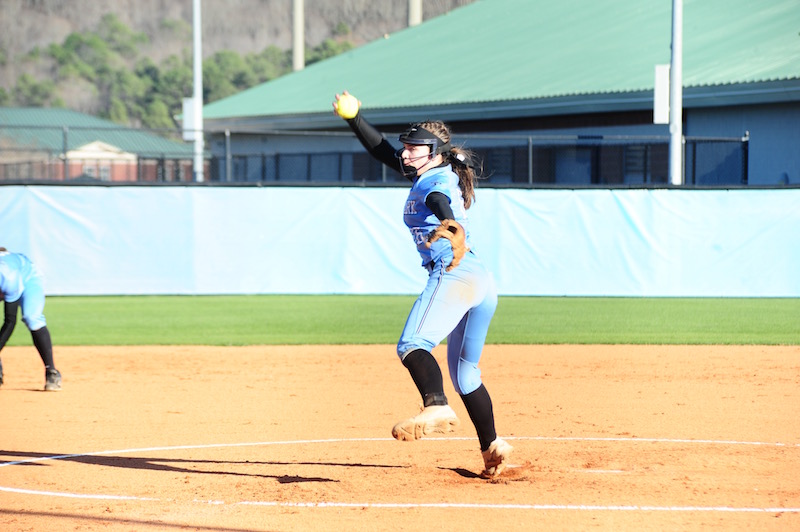 Widra led the county in every major pitching statistic including an ERA of 1.221, while also holding a batting average of .414. (File)

She took that second half of 2016 and turned it into a confidence booster heading into 2017 as she steamrolled through almost every opponent she faced.

It was clear she had matured and grown in a short amount of time, but the amazing thing was that she didn’t do it heading into her last year of high school, but instead her last year of middle school.

Widra came out and started the 2017 season on fire winning her first 18 starts in a row to take her record to 18-0 as she helped lead her team to a 22-0 start to the season. The season started on Feb. 23, and Widra didn’t lose her first game of the year until nearly a month in on March 21 when Spain Park fell 14-7 to Hewitt-Trussville.

She went on to finish out the season with an overall record of 36-6 and an ERA of 1.221. Widra’s most astonishing part of her impeccable record, however, was the 272 strikeouts she tossed in 200.2 innings pitched.

It’s unbelievable that as just an eighth grader, this young superstar has already established herself as one of, if not the top pitcher in the state of Alabama.

Even more impressively, Widra also had loads of success at the plate. She batted .414 with 20 RBIs after picking up 53 hits including six doubles, three triples and one home run. She also only struck out 15 times in 128 at bats, but had she been facing herself in the circle, that total would have been much higher.

While Spain Park fell short of their redemption goal of a state championship, the Jags did make it back to the state tournament and there’s no chance of getting close to that far without a strong pitcher in the circle.

The Jaguars will lose a lot of key talent come next spring such as Tedder, Jenna Olszewski, Julianna Cross and Caroline Parker, all of whom were strong at the plate, but Hawkins and SPHS will stand to make another strong run at a state championship thanks to the return of what could be the state’s best pitcher in 2018.

Hawkins and Lee named 2017 Shelby County Coaches of the Year

By ALEC ETHEREDGE | Sports Editor Shelby County is statistically one of the largest counties in the state of Alabama... read more