Branden Paul Alfano, 30, who lists an address on Vincent Street, was arrested after multiple warrants were issued by officers from the Alabaster Police Department on Thursday, June 1, after he allegedly committed several theft-related crimes between May 13 and May 19. 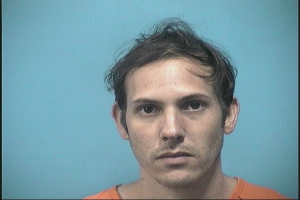 According to his arrest warrants, Alfano did “without the consent of the owner… unlawfully break into and enter a vehicle, or any part of a vehicle, with the intent to commit a felony therein,” on four separate occasions. The warrants stated the vehicles belonged to four different victims.

Alfano allegedly unlawfully “used, attempted to use, or allowed to be used” the debit or credit card he stole from one of the victim’s vehicle while at O’Charley’s in Alabaster. He also allegedly stole a purse, a wallet and a debit card out of the vehicles of two other victims.

Unlawfully breaking and entering a vehicle is a Class C felony. If convicted, Alfano could face up to 10 years in prison and a maximum fine of $15,000.

Theft of property in the third degree and illegal possession of a credit card are both Class D felonies, which can carry a maximum prison sentence of five years and up to $7,500 in fines.

Theft of property in the fourth degree is a Class A misdemeanor, which can be penalized by up to one year in prison and a $6,000 fine.

A preliminary hearing is set for June 29 before Shelby County District Judge Daniel A. Crowson.

Alfano was held in the Shelby County Jail until Friday, June 2, when he was released on bonds totaling $31,000.