PELHAM – A Pelham man was recently released from Shelby County Jail after being charged with several counts of receiving stolen property. 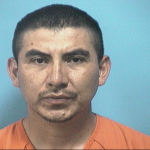 According to reports from the Pelham Police Deparmtent, on June 8 officers witnessed Medrano-Arroyo allegedly stealing a $1,600 John Deer Zero Turn mower in the 900 block of Ryecroft Road, in the Crosscreek community.

When officers searched Medrano-Arroyo’s home, they found items connecting him to more than one dozen thefts dating back to May 2016, according to police reports. Investigators determined the items were taken from the Stonehaven, Green Park and Crosscreek communities. The department is in the process of trying to return the stolen items to their rightful owners.

Medrano-Arroyo was released from the Shelby County Jail on bonds totaling $47,000 on the same day he was arrested, Saturday, June 17.

Receiving stolen property is a Class C felony that is punishable upon conviction by one to 10 years in prison and up to $15,000 in fines.

Anyone with items stolen should contact Detective Jason Vandiver at 205-620-6474.

Fire on the Water set for July 3

PELHAM – The city of Pelham will host its fourth Fire on the Water fireworks show on Monday, July 3,... read more