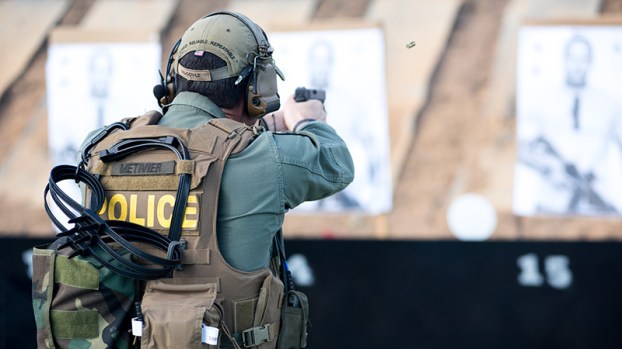 An officer certifies on the pistol range at a 2016 police training event in Shelby County. Several Shelby County cities recently were named among the safest in Alabama by the National Council for Home Safety and Security. (File)

Helena is the safest city in Alabama, and several Shelby County cities are among the top 25 safest cities in the state, according to a listing recently compiled by the National Council for Home Safety and Security.

“Although it falls on the higher end of the U.S. crime per capita spectrum, life set against the backdrop of Alabama can be a pleasant one,” read the website. “Safety has always been an important factor when searching for a new place to call home, but a wavering political system combined with an increase in violent crime has made safety the number one priority for many Americans.”

While compiling the rankings, the council reviewed the most recent FBI Uniform Crime Report statistics for all Alabama cities with more than 5,000 people. The cities were then ranked based on the number of reported violent crimes such as assault, murder, rape and robbery, and property crimes such as burglary, arson, theft and motor vehicle theft per 100,000 people.

“Located in the middle of Alabama just south of Birmingham, Helena residents enjoy movies in the park, citywide softball competitions, an annual Christmas parade and everything else that pairs nicely with a white picket fence. It is, after all, ‘Where you want to be.’”