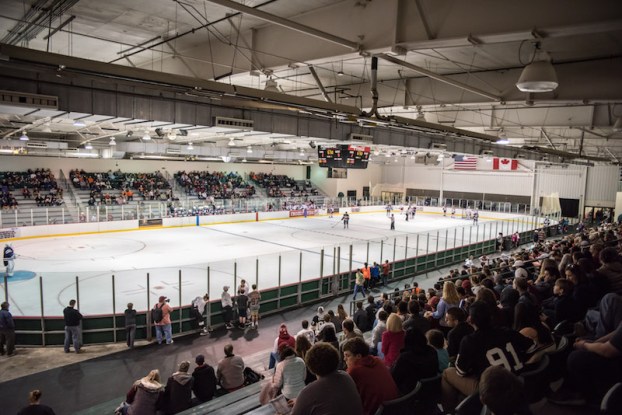 PELHAM – The city of Pelham entered into an agreement with Seating Solutions for the purchase and installation of replacement and additional seating for the main arena at the Pelham Civic Complex and Ice Arena.

The base contract price for the seating is roughly $1.8 million. City Council President Rick Hayes said some small additional cosmetic improvements are still being worked out in the contract.

Hayes said more than 4,000 seats are included in the plans, but the exact number of seats that will be replaced or added has not been finalized yet.

The seats on the east and north sides of the main arena are being removed and replaced as a part of phase one of the PCC renovations. The seats on the west side will stay because of the structural benefits of leaving them there, Hayes said. All of the new seats will be chair back seating, with some being standard seats and others padded seats.

Locker rooms, restrooms and some additional concessions will also be added to the PCC as a part of the phase one renovations.

Hayes said the design process is currently under way and the city as well as other stakeholders will review the design of the main arena before the renovation process begins.

“This project will take the arena to another level,” Hayes said. “We want to make sure we have the best design, not only for hockey, but for other city programs and other hosting opportunities as well. This is an investment for the city because of the return that will come related to this.”

The PCC is undergoing renovations in part to accommodate the city’s professional hockey team, the Birmingham Bulls.

The team’s season begins Oct. 21. Hayes said the project is on track to be completed in October, in time for the Birmingham Bulls’ first home game on Nov. 3.