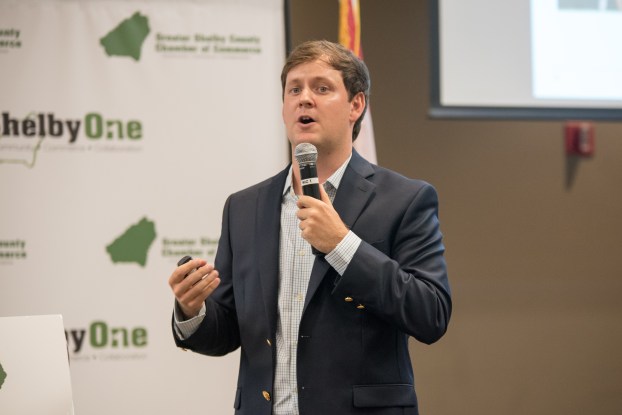 Coppins gave chamber members an overview of the work that goes into planning an event of its magnitude and the financial impact the tournament will have on the community.

Coppins said he moved to Birmingham metro area about nine months ago to begin planning the U.S. Women’s Open.

A comprehensive parking and transportation plan will be released to the public in spring 2018. Tickets will go on sale early in October 2017.

Coppins said volunteers are vital to the operation of the tournament. More than 2,300 volunteers serving on 20 different committees are needed for seven-day event. Applications to be a volunteer are now being accepted.

The open will include amateur and professional golfers competing for their share of a $5 million purse. The competition will have more than 18 hours of live coverage on Fox Sports.

“This is the largest purse in women’s golf,” Coppins said. “It’s $1.5 million more than the next largest LPGA tour.”

The tournament is expected to bring more than 115,000 spectator over the course of the tournament, with the biggest days being Friday through Sunday.

“The golfers love it,” Coppins said. “It’s some of the biggest crowds they’ll see all year.”

For more information or to apply to be a volunteer, go to usga.org/2018womensopen.