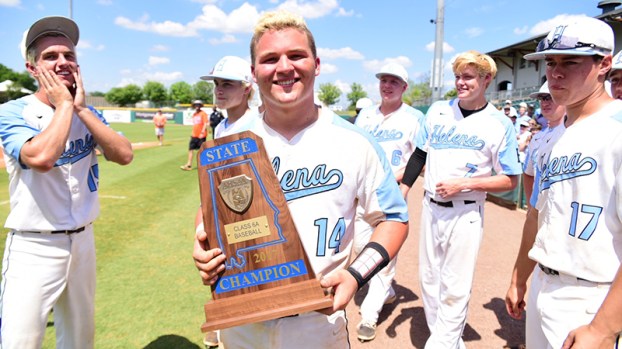 Players and the Coach of the Year were selected based on their athletic achievements from the 2016-17 season, according to USA TODAY.

After finishing with a 38-6 overall record capped off with a 6A state championship win over Cullman, this is just the latest accolade Helena can add to its long list of accomplishments after an impressive season.

On choosing Guy as the ALL-USA Coach of the Year, USA TODAY praised his leadership ability after he took the HHS program to new heights in just three seasons of existence.

“Helena High has only existed three years, and Guy has already taken the Huskies to the Class 6A state championship game twice, this year winning the title,” The USA TODAY award said. “Helena (38-6) knocked off Cullman in the championship series, giving Guy a 100-39 overall record.”

Praytor was the only player in Shelby County to be recognized on the first team 2016-17 ALL–USA Alabama Baseball Team. Praytor was a major piece that helped the Huskies capture its first baseball state championship. He will now turn his attention to playing collegiate baseball for The University of Alabama.

By GRAHAM BROOKS / Staff Writer HELENA–Being thankful, having a great attitude and working hard to do your best were... read more