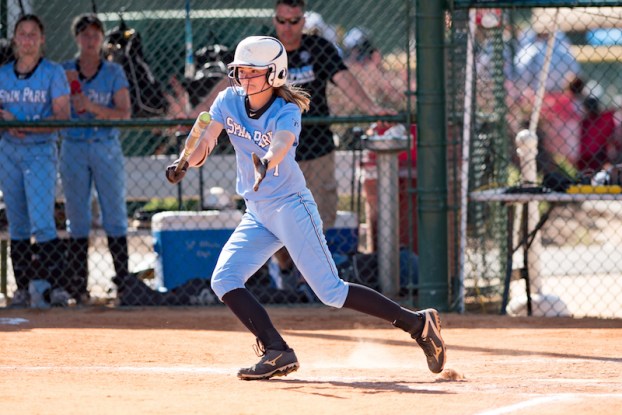 Maddie Majors was one of the best players in the state as a sophomore and was one of five Spain Park softball players to make the NFCA All-Region Team. (File)

The accolades following one of the most historic seasons in Spain Park Softball keep coming as the NFCA released its 2017 All-Region Softball Teams on Friday, June 30.

A major softball website, NFCA.org put together a first and second team in five different regions—West, South Central, South, North and East—for a total of 32 positions in each region.

Spain Park was part of the south region and of the 32 players named to the first and second team in that region, five were members of the Jaguars’ 2017 softball team. Having those five players named to the team placed the Jags in a tie for the most players to be named to any of the five region teams.

It only makes sense considering Spain park had one of its most storied seasons in school history that included a 22-0 start, their first ever Jaguar Classic Championship and an appearance in the state tournament.

Maddie Majors and Mary Katherine Tedder were both named to the South Region’s First Team.

Majors led the team with an unbelievable 87 hits in 168 at bats giving her a team-high batting average of .518. The Auburn softball commit also added 27 RBIS and 56 runs during her sophomore year.

Tedder, a University of Texas signee, ended her high school career by batting .460 at the plate with 63 hits and 57 RBIs. In 173 plate appearances, the senior only struck out twice.

Jenna Olszewski and Julianna Cross, both seniors, made the second team as outfielders, while senior Caroline Parker made the squad as a designated player.

The Jags have racked up the awards this postseason, and with the NFCA All-American Team still to be determined, there could be more to come their way. A full list of both the South Region First and Second Team can be seen below and shows 13 players from the state of Alabama on the list.