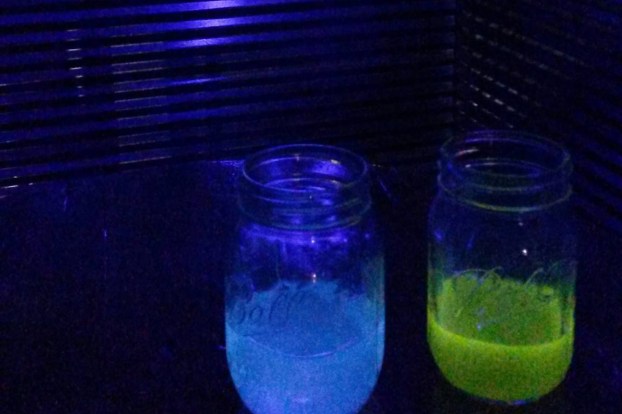 The Interstellar Ginger Beer and Exploration Company, which will serve only ginger beer, is set to open in mid-August. Co-owner Shane Kelly said Interstellar will feature drinks modeled after famous cocktails and drinks that glow in the dark. (Contributed)

Space-themed brewery to open in Alabaster

ALABASTER – An outer space themed brewery is set to open its doors in Alabaster by the end of August. In addition to serving as a unique addition to the city, co-owner Shane Kelly said the Interstellar Ginger Beer and Exploration Company is one of the first breweries to ever open in Shelby County.

According to a press release, Interstellar is the only brewery in the country to use only ginger instead of hops or barley. Kelly said some of their recipes were created to emulate famous drinks such as pina coladas. Other brews are designed to glow in the dark under ultraviolet light.

Interstellar’s “flagship” beer, called First Contact, is made with ginger and lemon.

“What we’re bringing to the brewing community is an innovative approach to brewing,” Kelly said.

Co-owner Daniel Sims said the light composition of the beer makes it easy for patrons to keep cool during the summer months.

“Our beer is well-suited for the South,” Sims said.

Sims said he decided to partner with Kelly after Kelly approached him for real estate advice while starting Interstellar.

Sims currently owns a real estate business, while Kelly has a PhD in microbiology and has been brewing his own beer for several years.

Kelly said the duo has also handmade several appliances, including a wine presser and a ginger grinder.

Both Sims and Kelly said they looked around the Birmingham area for Interstellar’s location, and picked its address on Regency Park Drive in Alabaster for a variety of reasons.

“Alabaster is an up-and-coming community,” Sims said. “ It has a lot of hometown spirit.”

“Alabaster seems ready for a place like this,” Kelly said. “There aren’t a lot of breweries south of Homewood, and there are a lot of hardworking people in Alabaster who would like this.”

Before Interstellar opens, Kelly said he and Sims are in the process of renovating the building and acquiring their liquor license.

Kelly and Sims plan to debut Interstellar’s beer at the Magic City Brewfest on July 29. In addition to being served at Interstellar’s tap room, its brews will be available in select bars in Birmingham and Alabaster by mid-August.

PELHAM – Every other Saturday, the Pelham YMCA treats members and their guests to icy snow cone treats as they try... read more