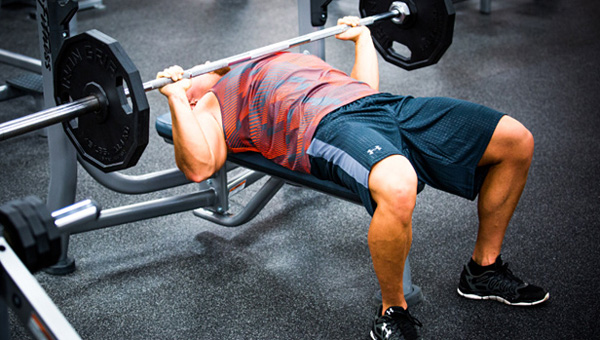 The YMCA of Greater Birmingham Greystone Branch is hosting a bench press competition on Aug. 26 for those looking to test their strength and endurance. (CONTRIBUTED)

HOOVER – Those looking to test elements of strength and endurance will have the option to participate in a bench press competition at the YMCA Greystone Branch.

This is the first year for the competition, which is scheduled for Aug. 26 beginning at 8:30 a.m. and lasting until 2 p.m.

“The idea for the event came about when one of my trainers kept saying we needed to have a competition,” Greystone Branch Healthy Living Director Andrea Pindroh said. “Our hope is to make it a yearly thing, but we are going to kick everything off with the first competition in August. We have heard a lot of buzz about it, and hope people will come out and compete.”

The competition is open to YMCA members only, but Pindroh said there is a 20/20 referral program currently happening.

The program allows a current YMCA member the option to refer an individual to join the YMCA, and both individuals would receive a 20-percent discount off of their memberships indefinitely.

“It is a great incentive being offered because it used to be for just 12 months,” Pindroh said. “Now, it is 20 percent forever.”

The competition is open to both males and females ages 16 and older, and will consist of one repetition max (1RM).

Pindroh said for those interested in preparing for a bench press competition, the best thing is to practice and to learn the rules for the competition.

“Each competition may have slightly different rules,” Pindroh said. “At least six weeks out the participant should begin a strength training program, if they are not already involved.”

Pindroh said resting 5-7 days prior to a competition is recommended.

For more information about the competition, contact Pindroh at 981-0144.

The YMCA of Greater Birmingham Greystone Branch is located at 5414 U.S. 280.