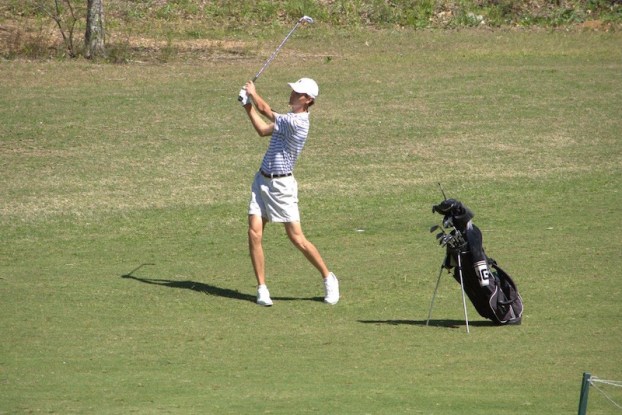 SCOTTSBORO – It has been a strong summer on the golf course for several local golfers, specifically for members of both the Thompson and Spain Park golf teams as several members from those two teams have competed in some of the most prestigious golf tournaments of the year.

Nicholas Dunlap and Ethan Hagood, both of Spain Park, as well as Landon Wockenfuss of Thompson, are three that have separated themselves from the rest of the county.

Dunlap was coming off a strong finish at the 2017 Future Masters Tournament in Dothan where he finished in a tie for third after posting a solid tournament score of three-under par, which was one shot off second place and four shots off the winning score of seven-under.

His momentum continued into the Alabama Golf Association’s 72nd Alabama Boys State Junior Championship July 25-27 at Goose Pond Colony Resort. Dunlap, who was competing in the 14-15 age division along with Wockenfuss, fired a three-under round of 69 and four-under round of 68 in the first two rounds of the championship to put him at seven-umder, which wasn’t just good enough to be one of 13 players to make the cut, but gave him a share of the lead going into the final round.

He shared that lead with Jones Free of Selma, but on the final day of the tournament, Dunlap did a great job of separating himself. Free shot a six-over round of 78 on the final day and while three golfers made a push from behind shooting rounds of 69, Dunalp’s two-under round was good enough to get him to nine-under for the tournament and seal a three-shot victory.

Dunlap, the winner of the 11-12 age division of the Future Masters in 2016, now has another impressive win to add to his resume. 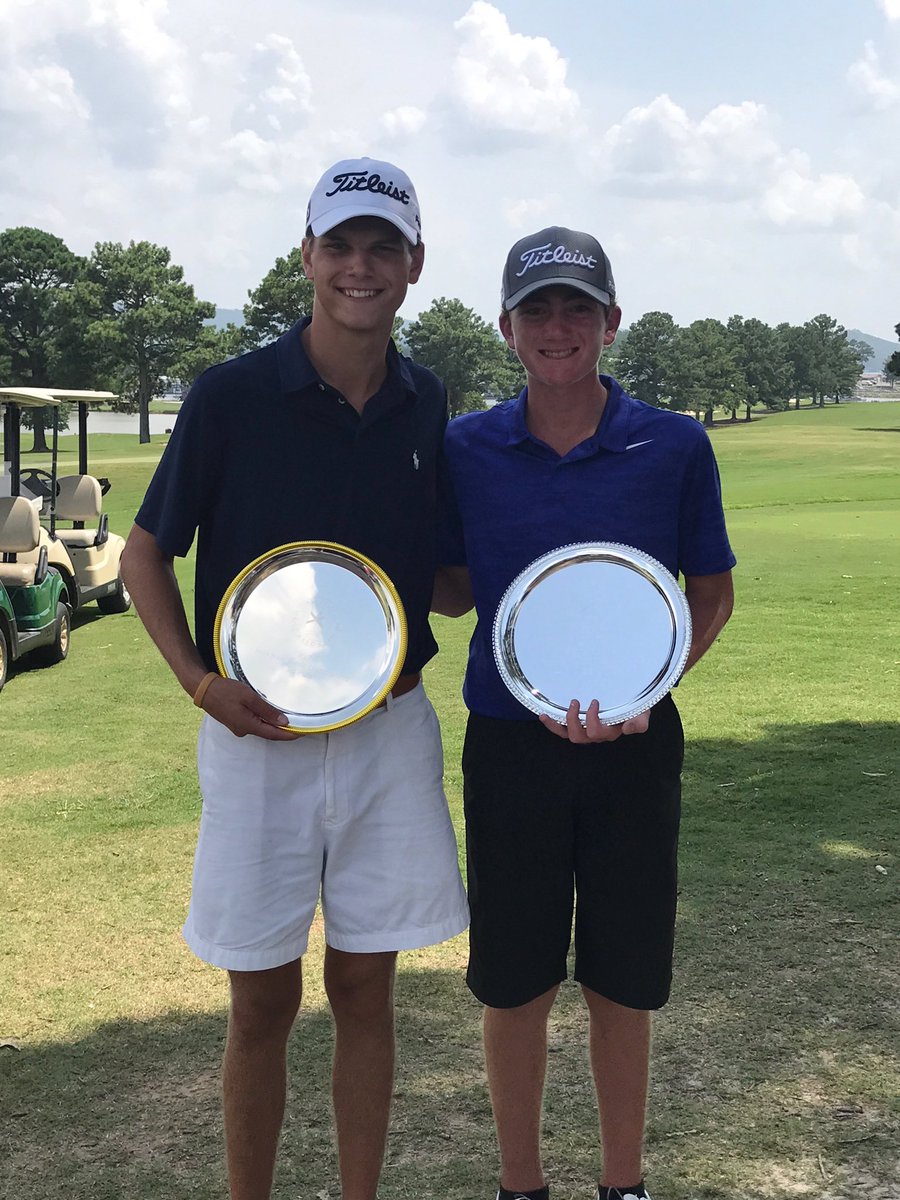 Ethan Hagood, left, and Nick Dunlap pose with their trophies after Hagood finished third and Dunlap first in their respective age division. (Contributed)

Thompson’s Landon Wockenfuss, a 15-year-old rising sophomore, was within striking distance throughout the three-day event shooting even-par 72s the first two days of the tournament. This put him seven shots off the lead going into the final day, which didn’t just keep him in the tournament, but put him just three shots out of second place.

Wockenfuss didn’t have a bad round in the tournament’s final day, but a one-over 73 kept him from threatening the leaders. He did, however, make a total of six birdies in the final round, which was the most of anybody on the final day of the competition.

His aggregate total of 217 was good enough for a solo eighth finish giving him a strong top 10 in the event.

Ethan Hagood, another Spain Park standout, has possibly had the best summer of all three golfers with a win at the SJGA Southern Junior Tournament earlier in the summer and a tie for 56th in the Future Masters, which was solid for the number of people in the tournament at the 16-18 age division.

After the first two days of the Alabama Boys State Junior Championship in the 16-18 age division Hagood found himself in a tie for first with three other golfers at eight-under par, which put him ahead of 95 other golfers.

Hagood opened the tournament with a solid round of 72 to sit at even par, but followed that up with one of the tournament’s lowest rounds, a 64, the next day to jump into a tie for the lead.

On the final day of the tournament, Hagood shot a nice round of three-under 69 with six birdies on his scorecard, but three bogeys left him on the outside looking in. J.P Cave of Mobile and Padraic Sim of Spanish Fort fired eight-under rounds of 64, like Hagood the previous day, to steal the show. Cave went on to finish in second at 12-under, while Sim took the championship at 14-under.

Hagood’s impressive all-around week left him in solo third place at 11-under to give him a win and top three finish this summer.

By ALEC ETHEREDGE | Sports Editor K.J. Robertson has had the dream of playing college football before he was even... read more