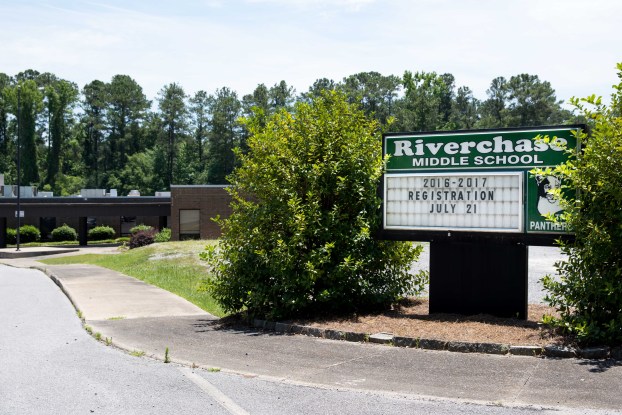 PELHAM – Pelham City Schools approved the sale of the Riverchase Middle School property to Hoover City Schools for $4.25 million at a Board of Education meeting on Monday, July 31.

Although the property has been sold, PCS Superintendent Dr. Scott Coefield said the deal wouldn’t close until the property is de-annexed from the city of Pelham.

The more than 90,000 square-foot school that sits on about 40 acres was originally supposed to be sold to Heritage Christian Academy, which used to be named Shades Mountain Christian School, but the deal fell through because of financing issues on behalf of Heritage Christian. Coefield said there were concerns that the private Christian school could not fulfill the obligations of the contract.

Coefield said PCS reached out to Hoover City Schools to see if they might be interested in purchasing the property.

“We actually first reached out to them two years ago, but the timing just wasn’t right,” Coefield said. “When the last deal fell through, we were looking for other options, we knew they were doing some rezoning and it turned out that they were actually looking for property. It was just a timing thing.”

Coefield said it took about two months to work out the deal with HCS.

“It’s a relief because we have some other projects that we really need to move on and having that money is important,” he said.

Coefield said two projects are on the radar for PCS. The system is planning to build a new gymnasium and add three classrooms at Pelham Oaks Elementary. Coefield said the school’s current gym will be used to create the three additional classrooms, which will be used for art, music and gifted classes.

At PHS, Coefield said the plan is to build a field house for the athletics department.

“Working with Hoover was a pleasure,” Coefield said. “Our conversations were to the point. They understood our needs and we understood theirs.”

As a growing school system, HCS Spokesman Jason Gaston said the district is excited about the RMS property.

“Right now, no concrete plans for use are in place; however, we quickly continue to explore all options with regard to capital growth and expansion,” Gaston said.

“It’s really just a great job by a lot of people,” Rhoades said.

“They’ve (HCS) got a good plan of action and I hope we can participate in what they have planned,” board member Paul Howell added. “We’ve been able to develop a partnership with Alabaster City Schools and I hope we can develop relationships with Hoover and Shelby County Schools.”

PELHAM – The Foundry Ministries recently announced the opening of a new thrift store location on the border of Pelham... read more