COLUMBIANA – A Columbiana man was arrested and charged with trafficking methamphetamine, unlawful possession of a controlled substance and attempting to elude law enforcement on Thursday, Aug. 3.

Christopher Tyree Pickett, 22, who lists an address on Nelson Walker Road, was arrested by the Columbiana Police Department. 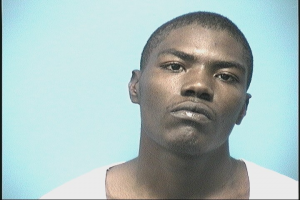 Court documents allege that Pickett sold 28.9 grams of methamphetamine on the 100 block of Walton Street in Columbiana during an incident on Aug. 3. Pickett was also said to have been found in possession of synthetic marijuana and fled from the officer who arrested him.

Pickett is currently being held in the Shelby County Jail on bonds totaling $505,500. His case was assigned to Shelby County District Court Judge Daniel A. Crowson.

Trafficking methamphetamine is a class A felony, which can carry a maximum penalty of life in prison and $60,000 in fines.

CHELSEA – Compact 2020 is currently in the process of forming an organization dedicated to drug prevention for youth in... read more