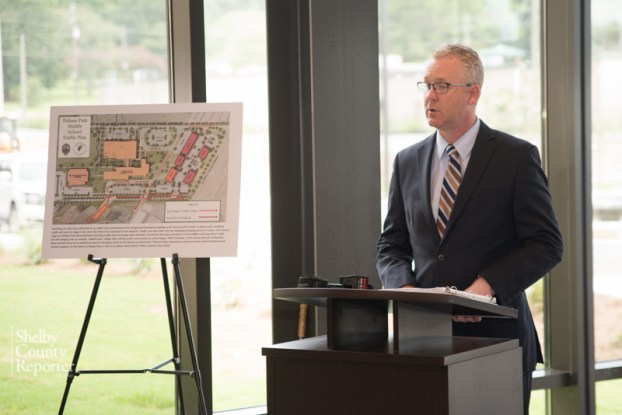 PELHAM – Police Chief Larry Palmer asked parents to be patient on Thursday, Aug. 10, as they drop off and pick up their children on the first day of school at Pelham Park Middle.

“One thing we want to be real careful of is our kids,” Palmer said. “We want our kids to be safe and we want our parents to understand how we can get our kids in and out of the school as quickly as possible.”

Once the unloading area is full, a signal will be given for parents to let students exit vehicles.

Palmer said police officers will be on campus to direct traffic. Coefield said teachers and administrators will be on hand to assist the police. Officers will also be placed at the U.S. 31 traffic signal in front of the school to assist with traffic.

Coefield said the first day of school is always the slowest and busiest time for traffic so he’s asking everyone to be patient. He said he believes people will follow the routine pretty easily once it is established.

Eventually there will be a second access point for the school from Bearden Road, but it will not be complete by the time school begins.

The traffic plan can also be found at Pelhamcityschools.org and Pelhamalabama.gov.

PELHAM – A resolution for consideration to appoint a city clerk was tabled by the Pelham City Council after much... read more