BIRMINGHAM – A Shelby County woman pleaded guilty on Tuesday, Aug. 8, in federal court to fraud charges for falsely claiming she had terminal cancer in order to get money from family and friends and to solicit donations through an online fundraising site, Acting U.S. Attorney Robert Posey, FBI Special Agent in Charge Johnnie Sharp and Alabama Attorney General Steve Marshall announced. 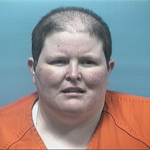 Jennifer Flynn Cataldo, 37, of Sterrett, entered her guilty pleas before U.S. District Court Judge Virginia Emerson Hopkins to one count of wire fraud and one count of bank fraud.

As part of Cataldo’s plea agreement with the government, she pledges to pay $79,629 in restitution to victims of her fraud who have been identified and verified.

Cataldo fraudulently collected a total of $264,163 in checks and cash deposited into her personal checking account, according to the plea agreement.

A federal grand jury indicted Cataldo in May. According to the indictment and her plea agreement, she carried out her fraud as follows:

From 2014 to about May 2017, Cataldo misrepresented to friends and family that she had been diagnosed with terminal cancer. In person, online and via text messages, she solicited contributions from friends, family and others and received the more than $200,000 in donations for expenses including utilities and living, medical, insurance and funeral costs.

In January 2016, Cataldo also created an account on the GoFundMe website titled, “Mom has Terminal Cancer Disney Trip,” with the stated goal of raising $4,000 to take her young child to visit Disney before she died. The account featured a photo of the child on the cover and a statement from Cataldo that she “had cancer for two years and was just told it was inoperable! I would like to experience this with my [minor child] before I die within the year.” That account raised more than $10,000.

In September 2016, a friend who believed Cataldo was suffering from terminal cancer created a second GoFundMe account titled, “Jenny Flynn Cataldo Medical Care,” with a $20,000 fundraising goal. The medical GoFundMe account featured a photo of Cataldo, her husband and their child. The accompanying story related that Cataldo had been battling cancer for three years, that it was no longer treatable and “the primary goal of medical care at this point is to give Jenny as much time as possible” with her husband and child.

From September 2016 through May 2017, Cataldo repeatedly re-posted the medical GoFundMe account link to her Facebook page with messages thanking people for their contributions, giving false updates on her condition and requesting more donations.

In addition to the two GoFundMe accounts, Cataldo solicited funds on Facebook, in person and by phone, e-mail and text message to friends, family and organizations, including churches. Some of those individuals paid third-party vendors on Cataldo’s behalf.