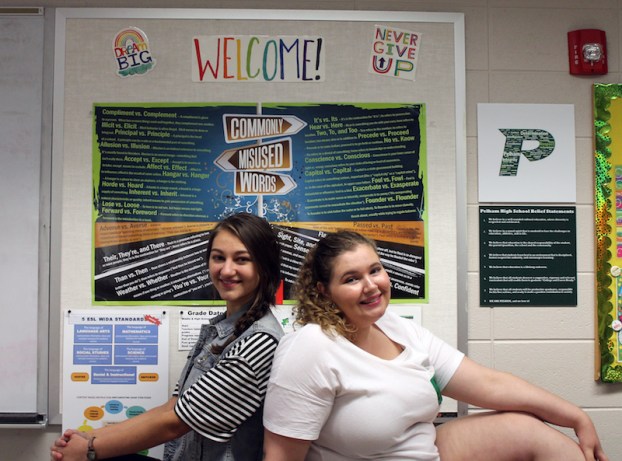 Devoted PHS alums Baylee Swan and Anna Smith rest after volunteering to assist in preparing my classroom for the new school year. (Contributed)

“Teachers Stay Because They Made a Choice to Serve” is the title of an article written by Education Week’s Larry Ferlazzo. The title’s stark contrast to numerous articles concerning teacher flight resonates with me—especially this year.

Since 1995, my children have been attending Pelham’s schools. The 2017-18 school year marks the first in 22 years that I will serve only as a Pelham teacher forgoing the duties of a Pelham public school parent.

Over the past decade, my teaching obligations have extended well beyond the walls of Pelham City Schools. Spending the day sharing with Hillcrest High School teachers in Tuscaloosa who are beginning their school’s very first literary magazine, I’ve had the privilege of sharing what Pelham High School students have accomplished to establish their PHS Literary Magazine as consistently one of Alabama’s best. Appreciating the magazine from Hillcrest High’s teachers’ fresh perspective allows me to marvel anew at our talented literary magazine staffers, art and photography teachers and students and an English department that has enabled students to consistently produce top test scores in both reading and English.

Placing in both Alabama Scholastic Press Association and Alabama High School Literary Arts Awards reveals that the PHS Literary Magazine consistently wins top awards in the state for both graphic design and literary content. Pelham’s students stun me with their ability to write, design and produce images that capture reason, emotion and artistry.

As president of the Alabama Scholastic Press Association, a routine meeting with University of Alabama professor Meredith Cummings and the dean of her department convinced me that PHS needed to offer AP English Language to our students in addition to AP Literature several years ago. As Pelham High School’s English Department chair, I convinced our principal to allow me to volunteer a summer attending training and planning to teach AP Lang as I began a new labor of love.

What keeps me and other teachers returning to PHS? Ferlazzo title speaks truth. We have made a choice to serve our Pelham students and our devotion wins. Let the school year begin!

By CONNIE NOLEN / Community Columnist “Why am I in bus tech?” a student asked. “That’s an abbreviation for business... read more