“The American Village is pleased to join the Shelby County Reporter in recognizing Lieutenant Colonel Charles Gregory Bryan as Veteran of the Week,” American Village founder and CEO Tom Walker said. “He is representative of the hundreds of thousands of Alabamians who have risked it all for the sake of our country and its freedom. To all veterans we owe a debt we can never fully repay.” 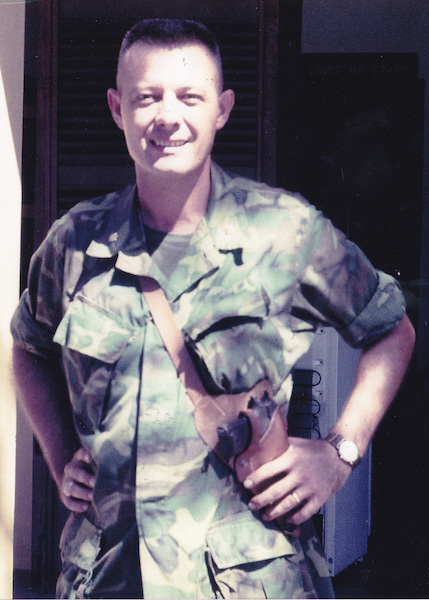 Lieutenant Colonel Charles Gregory Bryan.  Born and raised in Meridian, Mississippi, Chuck Bryan attended Meridian High School where he was selected the most outstanding athlete in the class of 1955. Upon his graduation from Mississippi College, he was commissioned a Second Lieutenant in the USMCR. In August 1959, he reported to The Basic School in Quantico, VA for officer training. Upon his graduation in April 1960, he was designated an Infantry Officer and awarded a regular commission in the USMC because of his outstanding leadership qualities. Serving as an Infantry Officer throughout his career, he was assigned varied command and staff positions. He served in the Republic of Vietnam with the Ninth Marines, Third Marine Division in 1968-1969. Upon his retirement, in July 1979, after 20 years of active duty he attained the rank of Lieutenant Colonel. He was serving as the Battalion Commander of Headquarters Battalion, Marine Corps Logistics Base, Albany, GA. There he was discharged on July 1, 1979. The American Village is proud to have Chuck Bryan as volunteer in the National Veterans Shrine and Register of Honor.

In His Own Words: “Every Marine can be a civilian, but not every civilian can be a Marine.”