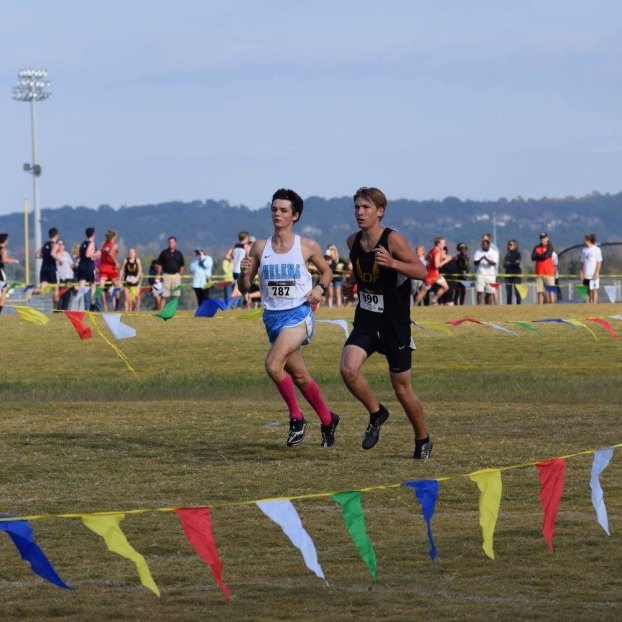 Helena returns strong rosters to both its boys and girls cross country team, and both will be considered a contender to bring home a state championship in 2017. (Contributed)

While the 7A classification is typically the strongest when it comes to Shelby County’s cross country teams due to Spain Park, Oak Mountain and Thompson always having consistently good teams, 2017 may be a tad different with a group of runners back in 6A looking to make a statement.

With Pelham, Helena and Chelsea bringing back 11 of the top 100 girls and seven of the top 100 boys in the state, those three teams are primed for big seasons on the cross country course.

It all starts with the Helena Huskies, who bring back 10 of the state’s best runners between the boys’ and girls’ team.

Starting with the girls, Helena returns four runners to this year’s team that are considered to be in the top 100 of the 6A classification, four of which are in the top 50.

They’ll be led by sophomore Abigail Ford, who is ranked as the 35th best runner in the classification. Ford is coming off a freshman season where she finished 33rd in the state meet and will be looking for a chance at a state championship this season as the Huskies’ best runner.

Just behind her are both Ana Watters at No. 43 and Meagan Atkinson at No. 48. Watters, another sophomore, and Atkinson, a freshman, both finished 43rd and 45th, respectively, in last year’s state championship meet.

The final Helena girl ranked is Zoe Rozycki, a junior who came in at No. 95 in the rankings and finished 88th in the state meet a season ago.

Those four leaders on the team will be young, but look to take advantage of a year of knowledge in 2016 when they finished 10th in the overall team classifications last year.

The boys’ team, is also looking to improve in 2017, but by just two spots after finishing third in last year’s state championship as a team. The Huskies finished with 94 total points, which was 22 behind second and 39 behind first-place Homewood, who will be the favorite again this year.

While the Patriots will bring back a strong team, Helena will have something to say about just handing them the state championship for the second year in a row due to the Huskies bringing back six of their top eight runners.

A large reason for the high expectation in Helena isn’t just because of the return of six of the top 50 runners in 6A, but because they return two of the top six runners in the classification.

Blake Vaughn, No. 3 in the top 100, and Brady Barton, No. 6, are both back after finishing in the top 10 of the individual standings at the state meet last year.

Vaughn, a senior, finished seventh last year with a time of 16:42.12, which was just 41 seconds behind Homewood’s Will Stone in first. Vaughn will be looking to go out on top during his final season with the Huskies.

Barton finished just a few seconds and spots lower than Vaughn at the state meet taking ninth place with a time of 16:55.93 as just an eighth grader.

Junior Justin Ritondo and sophomore Talon Pritchard will also return and sit inside the top 30 returnees in 6A. Ritondo finished 26th in the state meet and is the 24th best returning runner, while Pritchard finished one spot behind in 27th and is the 26th best returnee.

Spencer Hodges and Blake Childers are the final two in the top 50 as they came in at No. 42 and No. 45, respectively. Those six runners should combine to make this a special season for the Huskies.

Pelham’s girls team will be similar to that of Helena’s boys due to five returnees in the top 100, four of which are in the top 40.

It all starts with junior Katie Strozier, who is ranked No. 15 on the list of returning 6A girls. Strozier didn’t have her strongest showing in the state meet, finishing 77th, so she brings back a lot of determination to improve.

Just 11 spots down from Strozier is Alex Wilkins at No. 26. Wilkins actually finished much higher than fellow senior Strozier by taking 25th in the state meet last season as the Panthers’ highest finisher.

Meredith Bass, a third junior on the team, also had a strong showing at the state meet finishing in 28th, and she sits in that same position, just two spots below Wilkins, as the 28th best returnee.

Sydney Stephenson might be the youngest runner on the team, but last season she finished as the second highest seventh grader in the state championship taking home 37th. Now, heading into her eighth grade year, Stephenson is the 39th ranked runner in the 6A girls’ classification.

The final Pelham runner in the top 100 is junior Madilyn Dubose at No. 72, which sits just one spot below her state-championship finish.

Robert Plummer is the only boys’ runner from Pelham ranked in the top 100 preseason rankings coming in at No. 70. He’ll be a senior this year after finishing 61st in last year’s state championship.

The only two Chelsea runners to crack into the top 100 are both from the girls team and both reside in the top 50. Sophomores Madison Herndon, 41st, and Teanna Cason, 49th, will be looked at as the Hornets’ top producers this season.

It should be fun to see how this season unfolds between these three teams, but both Helena teams and Pelham’s girls have solid shots at a state championship; while individuals from all three could also bring home a title.