“The American Village is pleased to join the Shelby County Reporter in recognizing Phillip Wayne Greer as Veteran of the Week,” American Village founder and CEO Tom Walker said. “He is representative of the hundreds of thousands of Alabamians who have risked it all for the sake of our country and its freedom. To all veterans we owe a debt we can never fully repay.” 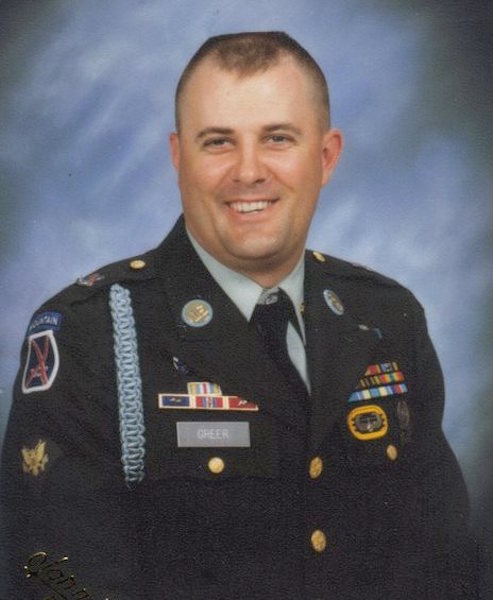 This week’s Veteran of the Week is Phillip Wayne Greer. (Contributed)

Here are highlights about this week’s Veteran of the Week. Phillip Wayne Greer.

Phillip was born in 1969 in Enterprise, AL. He calls Graysville, AL his hometown. He joined the United States Army in October 1991 and began Basic Training and AIT at Fort Benning, Georgia in January 1992. He arrived at Fort Drum, New York in May 1992 and served with the 10th Mountain Division until April 1995. He was assigned to Bravo Company of the 167th Infantry Alabama National Guard in May 1995 and served until July 1996 before returning to active duty in August 1996. Phillip served with the 101st Airborne Division (Air Assault) from August 1996 until July 2000. He was part of the Hurricane Andrew relief efforts in September 1992, Operation Restore and Continue Hope in Somalia from April to August 1993, and Operation Restore and Uphold Democracy in Haiti from September 1994 to January 1995.

In His Own Words: “I was very proud to serve in one of the most distinguished Infantry Regiments in the United States Army – the 22nd Infantry Regiment. I was honored to serve with the 101st Airborne Division (Air Assault) and it was such a privilege to meet so many veterans of the 101st who made the Division what it is today.”