PELHAM – A new CEO was recently appointed for the new HealthSouth inpatient rehabilitation center that is set to open on Oak Mountain Commons Lane in Pelham in March 2018. According to a press release from HealthSouth, Robert Russell was named CEO on Monday, Sept. 11. 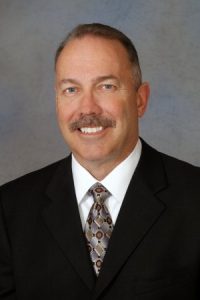 The press release stated that Russell has an extensive background as a respiratory therapist and holds 20 years of leadership experience. While serving as CEO, Russell will supervise everyday operations and the quality of care for patients.

“Robert’s experience working as a respiratory therapist and as a leader in the healthcare industry establishes a strong foundation for the team at our future hospital,” HealthSouth Southeast Region Vice-President Terry Brown said in the press release. “Under Robert’s leadership, we look forward to opening the doors to our beautiful, new hospital in the spring and providing much-needed rehabilitation services to those in the surrounding communities.”

Once the facility is open, the press release stated it will have 34 beds and offer “comprehensive rehabilitation services and higher medical management.” The hospital will provide dialyses for those recovering from neurological disorders or trauma, hip fractures, brain and spinal cord injuries, amputations and complex orthopedic conditions.