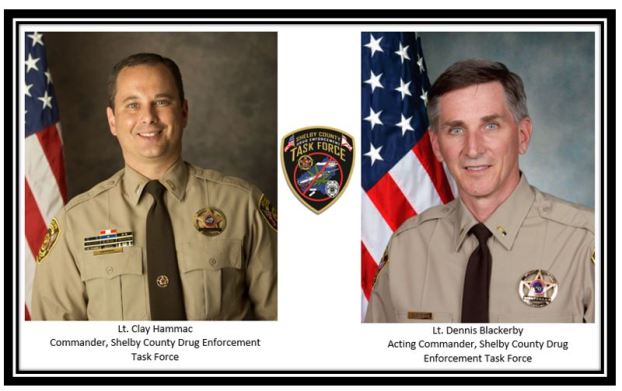 Lt. Dennis Blackerby will assume temporary command over the SCDETF for three months as of Oct. 2. (Contributed)

COLUMBIANA – The Shelby County Drug Enforcement Task Force recently announced that one of its lieutenants will assume temporary command of the agency for three months while current Cmdr. Clay Hammac is undergoing command-level leadership training.

On Monday, Oct. 2, Lt. Dennis Blackerby will take operational command for the duration of Hammac’s absence. According to a press release from the SCDETF, Blackerby has 22 years of experience with the Shelby County Sheriff’s Office as a narcotics investigator, narcotics supervisor, patrol supervisor and training coordinator. He is currently a licensed helicopter pilot for the SCSO.

Hammac will attend the FBI National Academy’s 270th session at the FBI headquarters in Quantico, Virginia. Once Hammac returns, he will re-assume his current position as SCDETF Commander.