Collectors—no matter what they collect—deserve a special place in history because, without them, history would be not much more than gray words strung across an endless stream of pages.

The collector breathes life into those words, adding palpable topography to history’s landscape. And Montevallo is fortunate to count among its citizens a collector’s collector—Henry Emfinger. 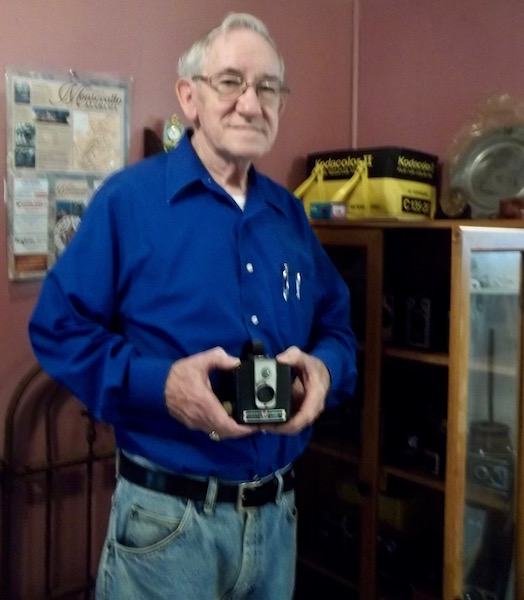 Thanks to Emfinger, 82, the history of the tiny community of Aldrich exists in a kaleidoscope of collections ranging from the somber to the zany. The Aldrich Coal Mine Museum is way more than a museum devoted to the Montevallo Coal Mine Co. and Aldrich’s founder, William Farrington Aldrich.

The old company store and Farrington Hall, formerly company offices, house the tens of thousands of items that make up Emfinger’s many collections.

Among these are photographs—black and white images of miners, mines and mining families, including Emfinger’s. His father, also a Henry, was a coal miner at Marvel, west of Aldrich just over the Bibb County line. These photos, along with miner’s tools—lighted helmets, picks, a dinner pail dented and scarred from years of daily use—open doors to the past.

Some have an oddly similar curve along their bottom edges. Those photos Emfinger took with his Brownie Hawkeye camera over the handlebars of his bicycle. The then-10-year-old explored his community and documented it. Oh, and Emfinger still has that Brownie among his collection of cameras upstairs in the store.

There is a sobering exhibit here: Photographs of convicts sentenced to work here on a “lease” arrangement and housed in the Aldrich Mine Prison. Many convicts—often serving lengthy sentences at hard labor for trifling offenses such as gambling or loitering—died in the mines; most were buried nearby in unmarked graves.

Emfinger led the effort for a state historical marker at that convict cemetery.

As he displays pictures of the post office, miners’ houses, the Aldrich family’s Rajah Lodge, a train depot, a school and other buildings, Emfinger says quietly of each: “They tore it down.” You know that, if he could have, he would have saved them all, just as he saved the company store and the majestic Farrington Hall.

To visit the Aldrich Coal Mine Museum ($5 adults, $3 children) leave Montevallo on Middle Street/Shelby County 10 West, and after you cross the railroad tracks, bear left on Shelby County 203—watch for the signs. Hours are 1-4 p.m. Sunday, and 10 a.m. – 4 p.m. Thursday-Saturday.

By NANCY WILSTACH / Community Columnist The Dogwood band holds a special place in memory for a certain segment of... read more