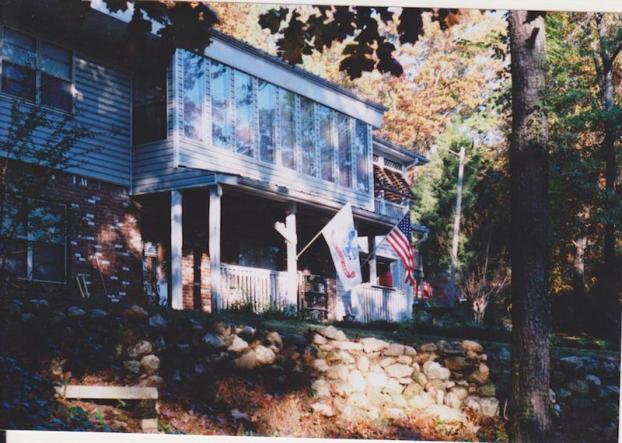 The house of Pelham Mayor Gary Waters and his family has reportedly been haunted by the spirit of a woman who was murdered on the property several years before they moved in. (Contributed)

PELHAM – Since moving into their house on Pelham Heights Road in the mid-1980s, Pelham Mayor Gary Waters, his wife, Lynn, and three children have reported strange sightings and unexplainable events that have led them to believe their house is haunted.

Gary Waters said he first set foot in the house in the late 1970s as a firefighter with the Pelham Fire Department, when his unit responded to a call about a murder at the house.

“I actually got to tend to the victim,” Waters said. “When I went into the house, it was such a gruesome murder scene. Blood was everywhere in the house. It was one of those ‘Silence of the Lambs’ things.”

According to Gary Waters, the victim was a married woman who had left her husband for another man and was staying with her lover in the house. She was murdered by her lover after she told him she was planning to reconcile with her estranged husband.

“The guy beat her with a rock,” Gary Waters said. “She was trying to make it out of the back window when he ran around to the back of the house and killed her. She was actually outside of the house when I saw her. It was pretty tragic.”

Despite the house’s sordid past and the strange feelings Lynn Waters had when she first walked in, the Waters said they decided to buy the house anyway when it came on the market in the ‘80s.

“When we got into the house, it was a totally furnished house,” Gary Waters said. “There was food in the cupboards and clothes in the closets. It looked as if someone had left in a really big hurry.”

Gary Waters said he called the previous tenant to return his belongings and was given a cryptic warning about the house.

“That tenant refused to come up the driveway to take possession,” Lynn Waters said. “They ended up sending someone else to retrieve their items, and at best, we had to load it all for them.”

The strange events began as soon as the family moved in.

“We’ve got squeaky stairs, because the house is 50 years old. We hear footsteps all of the time. Cabinet doors will open and close. Floors will creek, and stuff like that,” Gary Waters said.

One night, Lynn Waters recalled waking up and seeing what she initially thought was smoke in the house.

“Being a firefighter’s wife, when I saw a wisp in front of the window, I thought it was smoke at first,” Lynn Waters said. “She was a white form and the curtains were moving.”

The Waters family also said the spirit spoke with their children on several occasions.

“My daughter and my youngest son shared a room until it was no longer proper. I said, ‘usually brothers and sisters can’t wait to get away from each other. Why do y’all want to stay in the same room?’ They said so the ghost would leave them alone,” Gary Waters said. “The ghost used to come visit them at night and talk to them.”

“My oldest son is a dispatcher for 911 in Pelham, and he’ll tell you that she came in one night, sat down at the end of the bed dressed in white and carried on a conversation with him,” Gary Waters continued. “I said, ‘son, weren’t you afraid?’ He said, ‘no, sir, I wasn’t afraid. She told me not to be afraid.’”

Lynn Waters described the ghost as a “benevolent presence,” and said no one in the family has ever been afraid of her within the 30 years that they have lived there. Lynn Waters said she has developed her own theories as to why the ghost is still in their house.

“I believe that she didn’t finish receiving forgiveness,” Lynn Waters said. “She wasn’t able to make it back with her husband and family.”

Lynn Waters said she hasn’t had any paranormal experiences in a long time, and thinks it may because the ghost has moved on or because the house has undergone extreme renovations over the years.

Gary Waters said he was contacted at one point by a man who claimed to be a spiritualist medium and offered to contact the ghost. The Waters declined.

“We already have a great relationship (with the ghost),” Gary Waters. “I wouldn’t want to mess that up.”