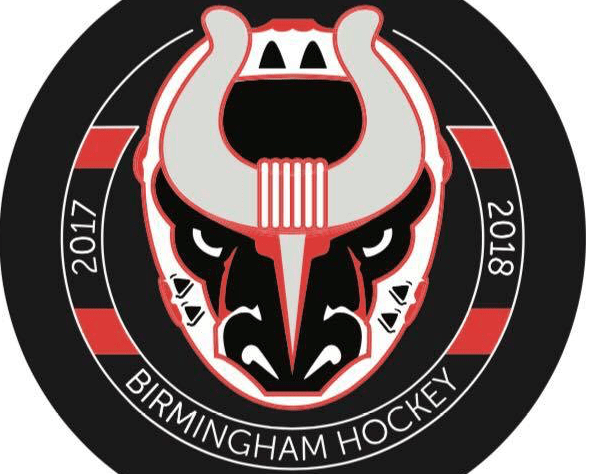 SOUTHAVEN, Miss. – For the first time since 2001, the Birmingham Bulls played a hockey game on Saturday, Oct. 20, in Southaven, Mississippi when they took on the Mississippi RiverKings.

A tight 2-1 game was busted open on an empty-netter from the RiverKing’s with 13 seconds left to end the Bulls’ chances in a 3-1 opening-night loss. It marked the second win in as many days for Mississippi, who is off to a quick 2-0 start, while the Bulls fell to 0-1.

It wasn’t until the 5:38 mark of the first period that the RiverKings drew first blood. Taking an offensive zone draw, Dillan Fox won the face-off, backhanded and between his legs.

His pass landed on the stick of defenseman Ralfs Grinbergs who laced a shot from the point, which hit a skate in front of the net and beat Bulls goalie Mavric Parks for the game’s first goal.

A defensive battle set in for the remainder of the first period and much of the second period, until Mississippi added to its lead midway through the second period thanks to a power-play goal.

After Steven Phee of the Bulls found himself in the penalty box for slashing, the RiverKings went to work and needed just 14 seconds before Kristaps Bazevics put home the goal.

The assist was credited to Grinbergs, who picked slid the puck cleanly across the blue line to Bazevics to pick up his second point of the night.

To that point, through close to two periods of the season, Mississippi had yet to trail in a game, but the Bulls weren’t ready to go away in their historic season debut.

It took just 43 seconds after the power-play goal for the Bulls to make history. Alexander Tauline put home the meaningful goal as the first Birmingham Bulls player to score in an SPHL game.

Tauline skated the puck up ice and into the zone before passing it off to Brandon Millin, who then passed to Darius Cole. Cole looked around before finding an open passing lane back to Tauline, who popped in a quick wrist shot that beat rookie goaltender Jared Rutledge to cut the RiverKings’ lead to 2-1.

That’s as close as the Bulls were able to get, however, as Mississippi came out and played the perfect game in the third period to limit Birmingham offensively.

Despite the one power-play goal that was the difference maker, Birmingham killed off nine others as they held Mississippi to a 1-for-10 mark on the Power Play. They only had three for themselves, however, as the RiverKings played much cleaner.

It was a historic night for the Birmingham Bulls (0-1) in a hard-fought game. The Bulls will return to action when they travel to Peoria, Illinois to take on the 1-0 the Peoria Rivermen on Friday, Oct. 27. They’ll take on Peoria in a two-game series, as the teams will also play on Saturday, Oct. 28.

The Rivermen won their first and only game, 5-4, in a shootout over Evansville. Puck drop is scheduled for 7:15 p.m. in each game.

Birmingham will host Knoxville on Friday, Nov. 3, for its first home game of the season.