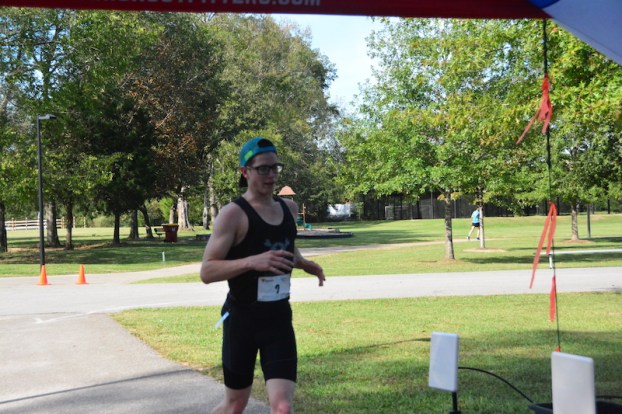 ALABASTER – Runners, walkers and cyclists from all over the United States spent 48 consecutive hours on the track at Veterans Park in Alabaster for the Endless Mile 48-Hour Race and Relay, which began at 9 a.m. on Friday, Oct. 20 and ended on Sunday, Oct. 22. According to race director David Tosch, participants had the opportunity to run for 48, 24 or 12 hours.

“This is an event for people who have no better sense than to run in circles for 24 or 48 hours straight,” Tosch said.

Tosch said he was inspired to organize the Endless Mile through his lifelong love of running.

“We started all of this because I’ve been running all my life and I love it,” Tosch said. “This sounded like fun. It’s pretty crazy for us, because I don’t sleep for 48 hours.”

According to Tosch, the race was held at Veterans Park because it is aesthetically pleasing, has plenty of trees to provide shade and the ground there is flat.

Different food and first aid stations lined the entrance of the track, and many people camped out beside the track in tents or lawn chairs. Participants were also able to bring their pets.

Tosch said the race included people of all ages and gave everyone involved the chance make new connections.

“Half of our runners are from out of state,” Tosch said. “This is an interesting way to get to know people from all over the country.”

Unlike many other races, Tosch said the Endless Mile provided a more casual and laid-back setting, rather than a competitive one.

By EMILY REED / Special to the Reporter ALABASTER – Alabaster City Schools are gearing up for the fifth annual Doug Trotter... read more