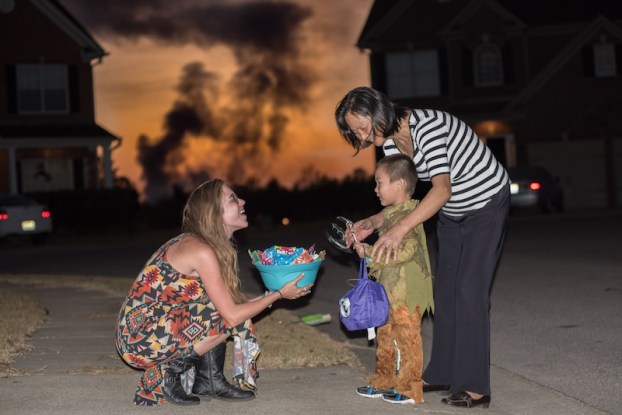 Helena’s Sugar Creek Subdivision will be hosting a “Boo for our Blue” fundraiser on Halloween night to help raise money for David Rollan, a police officer who was recently injured in a motorcycle wreck. (File)

HELENA–With Halloween just a few days away, a financial news and opinion website has ranked thousands of towns across the U.S. to determine the best cities suitable for trick-or-treating in each state and Helena came in at No. 1 for Alabama.

This includes the share of children 14 years old and younger, housing occupancy rates, poverty rate and the prevalence of crime. 24/7 Wall St. also considered the presence of nearby Halloween-themed businesses, such as costume stores and haunted houses.

The report states Helena has 96.6 percent of housing units occupied, meaning trick-or-treaters will have no time raking in mounds of candy on Halloween. The website cites spooky venues to visit in the region, including the Insanitarium Haunted Attraction, Nightmare3008 and Hellbilly Hollow as another positive for Helena on Halloween.

Helena’s population consists of approximately 26.1 percent of children under the age of 14 and an average temperature of 62 degrees on Halloween night are both factors that contributed to the No. 1 ranking.

By GRAHAM BROOKS / Staff Writer A number of collection sites have been designated to help contribute to a global... read more