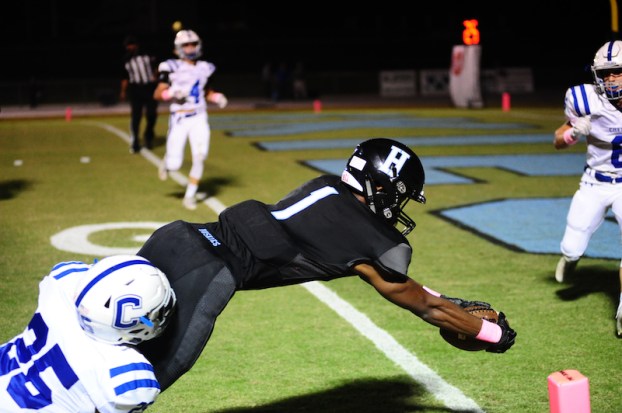 PELL CITY–The Helena varsity football team hit the road on Friday, Nov. 3, and were out played falling 34-7 to Pell City as the Huskies were playing for pride in the final game of the regular season.

In what has ultimately been a disappointing season for the Huskies, Helena took on the playoff bound Pell City Panthers at Pete-Rich Alumni Stadium and came up short after falling behind 14-0 at the end of the first quarter.

The Huskies have attempted to play from behind for most of the season and against a solid team like Pell City, the Panthers took a 10-point lead into halftime and added another 14 points in the second half to cruise to the 34-7 win.

Helena finished the season with a 1-9 overall record and were outscored 294-124 on the year.

The Huskies have had a tough time adjusting at the 6A classification since moving up from 5A at the start of the 2016 football season.

The Huskies will attempt to bounce back stronger in 2018, as Helena will enter its fifth year overall as a program.