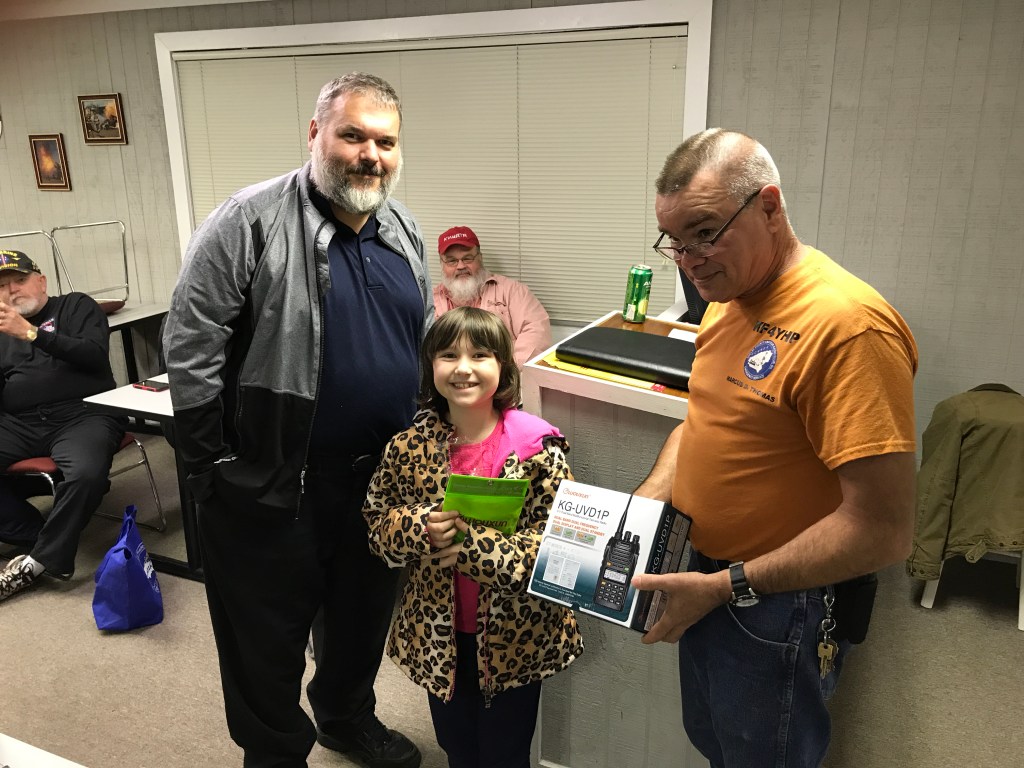 Helena Staggs, of Bessemer, was welcomed to the group after passing a licensing examination on Oct. 21 at the Helena Hamfest, which is a swap meet for amateur radio operators that’s sponsored by the SCARC.

“This exam is very technically challenging to most adults but Helena passed it on her first try,” said Jason Bentley, a member of the SCARC.

There are three types of licenses for amateur radio operators: technician, general and amateur extra. Staggs received the entry-level technician license, which gives her the ability to communicate within North America. The test she took consisted of 35 questions on radio theory, regulations and operating practices.

“She took the test to receive a general license and only missed it by one point,” Bentley said.

This general license opens the door to worldwide communications. Earning an amateur extra license is the most difficult and requires passing a thorough 50-question examination.

Aside from being able to talk to people all over the world, amateur radio operators provide assistance to first responders during emergency situations.

“Youth entering the amateur radio community ensures that emergency communications will continue to stay alive as new operators learn and train for situations like destruction of communication infrastructure caused by tornados and hurricanes,” Bentley said. “When all other modes of communications are down, amateur radio operators can setup and operate from remote locations in diverse conditions on battery power, solar or generator in matter of minutes and start passing vital information to agencies and first responders.”

Helena’s father, Michael Staggs said she spent about a month studying for the technician license test. She is now studying for her general license and plans to retake the test soon.

During the SCARC’s meeting, Helena was presented with handheld radio and microphone and received a free one-year membership to the SCARC.

“Whenever someone like Helena comes into our group it just thrills us,” Bentley said. She’s a very smart young girl and she’s so sweet. We’ll help her in any way we can.”

Michael Staggs, who has a general license, said Helena was overjoyed when the club presented her with gifts.

“Them doing that almost brought her to tears,” he said. “She was just so overwhelmed. Since getting her license the club has been so supportive and encouraging, and they talk to her on the radio.”

Staggs said Helena’s involvement in amateur radio led to her becoming a part of her school’s robotics team.

“After hearing about her interest in amateur radio, her teacher nominated her to be on the school’s robotics team,” Michael Staggs said. “She’s also learning geography. Whenever I contact a country she looks up information about that county, like what their major imports and exports are.”

Staggs said he encourages his daughter’s interests in Science, Technology, Engineering and Math.

“I want to get her exposed to STEM and for her to know that she’s not limited by her gender, only by her interests,” he said.