COLUMBIANA – A Shelby County Circuit Court judge will decide if he will grant a request to bar the death penalty for a suspect who is facing a capital murder charge in the 2016 shooting death of a local Chevron gas station. 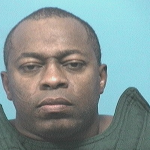 In mid-October, Everett Wess, the attorney for Alabaster resident Michael Anthony Powell, made requests to bar the death penalty for Powell and requested Powell be issued a bond to allow Powell to be released from the Shelby County Jail pending his trial.

Powell, who lists an address on Third Street Northeast in Alabaster, was indicted by a Shelby County grand jury in November 2016 on a capital murder charge originally brought against him by the Alabaster Police Department on Oct. 30, 2016.

In the request to bar the death penalty in Powell’s case, Wess claims Powell’s “indictment fails to allege the existence of any aggravating circumstances which would authorize a sentence of death.”

In the request to issue Powell a bond, Wess claimed Powell “does not pose a threat to the community or to himself should he be released,” and claimed Powell “is not a flight risk or does he present a threat of committing further criminal offenses.”

Shelby County Circuit Court Judge William Bostick is set to rule on the requests during a Dec. 5 hearing at the Shelby County Courthouse.

Alabaster police offer tips to keep you safe while shopping

By NEAL WAGNER / Managing Editor ALABASTER – As the city is home to one of Shelby County’s largest... read more