Have you been wanting to learn how to play the guitar? Well, the Shelby County Arts Council has the instructor for you: William A. Yarbrough.

Yarbrough is a native of Maylene, Alabama. He began his musical journey at the age of 8 singing in the choir at his elementary school. 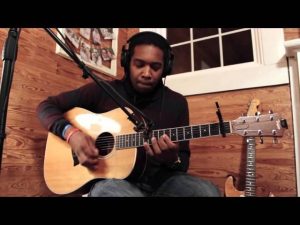 Local guitarist William Yarbrough shares his love for music with students at the SCAC. (Contributed)

Later in his education, he began to play in the drumline at Thompson Middle School.

However, it wasn’t until he picked up the guitar at 14 that he found his passion.

At the age of 17, he got the chance to play the guitar as a working musician and that is what inspired him to become a professional musician.

Yarbrough has been a working musician since 2003 and is known for being a talented guitarist and singer/songwriter.

He is currently a guitarist at the Double Oak Community Church, Redstone Church and Independent Presbyterian Church.

Yarbrough is also the lead guitarist for the regionally popular band, the Phil Dudley Band.

Torian Blackburn is a Falcon Scholar Intern at the Shelby County Arts Council.

By ANDREW M. ARMSTRONG / Recipe Columnist The start of winter weather has started draining people, at least it has... read more