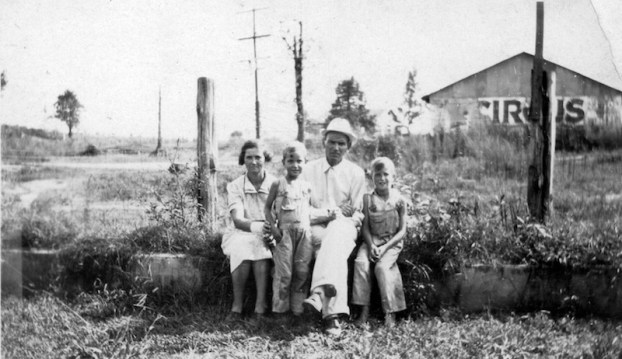 County Garage. This mid-1930s Nunnally family photo shows a rare image of the Shelby County garage that stood at the intersection of Helena’s Main and Second Street. The tin structure behind the family, constructed after the 1933 tornado, was used by the County Road Department to house supplies and equipment. It was also used for advertisements such as the circus promotion seen in this image. From left, the Nunnally family included Grace, Charles, Luther, Sr. and Luther Jr. (Contributed/City of Helena Museum)