How did Shelby County vote? 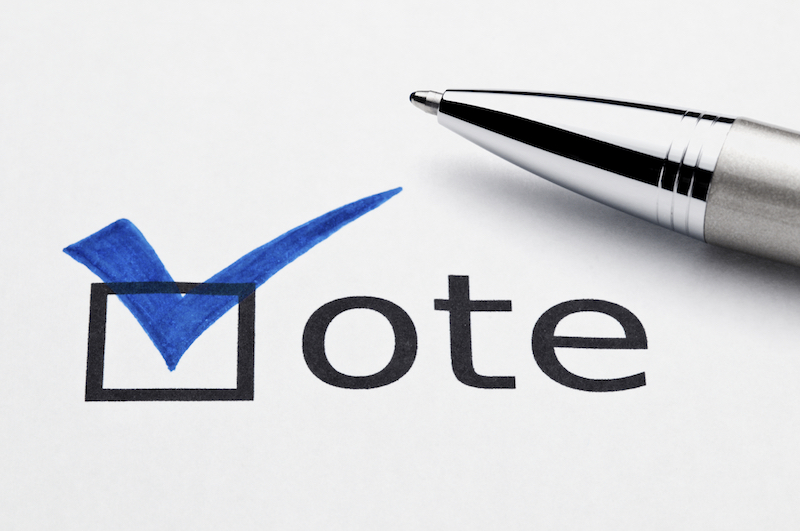 A total of 65,420 votes were cast from Shelby County voters in the Alabama U.S. senate special election on Dec. 12. Doug Jones won the election, making him the first Democratic candidate from Alabama to win a senate seat since 1992. (File)

Residents throughout Shelby County joined the people of Alabama in casting their ballots to vote in the Alabama United States Senate special election between Republican candidate Roy Moore and Democrat candidate Doug Jones on Tuesday, Dec. 12.
According to a summary report provided by the Shelby County Courthouse, 45.63% of all eligible Shelby County residents turned out to vote.
The Shelby County Probate’s Legal Counsel and Mental Health Programs Coordinator Allison Boyd said the county’s voter turnout was “definitely high for what we were expecting in a special election.”
Out of 143,366 voters, a total of 65,420 ballots were cast with 48 out of 49 precincts counted. The report summary did not account for provisional votes, which will be included with the results on Tuesday, Dec. 19.
“We have a little over 100 provisional votes,” Boyd said.
According to the summary, the majority of those who voted in Shelby County did so for Moore. Moore received 55.7% of Shelby County’s vote with 36,424 ballots cast for him. Jones received a total of 27,251 votes, which amounts to 41.67%. 1,718 residents wrote-in candidates, with 11 over votes and 16 under votes.
Shelby County Democrats Vice Chair Doug Hoffman said he has seen a rise in local Democratic voters since the 2016 Presidential Election, and the county’s Democratic vote was higher than average in the senate election.
“Shelby County, North Shelby County especially, is a very educated and professional group of people who care about having elected officials who don’t embarrass our state,” Hoffman said. “Frankly, I think even a lot of Republicans in Shelby County voted for Doug Jones too. I think Shelby County is moving towards a more moderate stance.
Despite the majority of Shelby County residents voting for Moore, Jones ultimately won the election. Jones is considered the first Democratic candidate in Alabama to have won a U.S. senate seat since 1992. Moore announced that he would not concede after addressing supporters after the election results came in.
Hoffman said he and other local Democrats are “elated” at the election results and proud of all voters who cast their ballots for Jones. He said he is confident that Jones will do a good job as Alabama’s next U.S. senator.
“I’m very proud of the people of Alabama for having elected a good man and for throwing out someone who has been removed from office twice and is surrounded by scandal,” Hoffman said. “I think Jones will work across the aisle and work to get things done for the average person in Alabama.”
Molly Green, who is a Montevallo resident, a Shelby County Democrats member and the president of Alabama College Democrats, said voting for Jones in the election was an easy choice for her.
“I’ve been a Democrat my whole life, and he shares my progressive values,” Green said.
While she originally did not expect Jones to win the election, she described herself as “super excited” when she saw the results.
When I woke up on Tuesday, I didn’t think he was going to win, but as the day went on I got a better and better feeling,” Green said.
Alabaster resident Jarrod Bates, who identifies as conservative, said he voted for Moore and does not feel that Jones’s’ leadership will accurately reflect the people of Alabama.
“I didn’t have a lot of confidence in Doug Jones,” Bates said. “I don’t think that he will support most of what Alabama believes. We’re a conservative state.”
While he supported Moore, Bates said his poor campaign strategy was partially why he lost.
Bates also said he believes that the allegations of sexual misconduct that were brought against Moore by multiple women during his campaign influenced voters who were previously “on the fence” to vote in favor of Jones.
“Moore ran an extremely poor campaign while having to battle these allegations,” Bates said. “He’s a good man, but he’s a terrible public speaker.”
“Those allegations were just allegations, and they had a lot of holes in them,” Bates added.
Jackie Richardson, an Alabaster resident who does not identify with a political party, said she remained undecided until the last minute. Richardson said she voted for Moore in the primaries, but switched sides after the allegations came out and she researched Jones’s platform.
“At first, I was going to vote for Roy Moore, but I didn’t know about Doug Jones. I had to do a lot of research,” Richardson said. “I really liked how Moore stood up for his beliefs, but after everything came out, his party even turned against him. I think there has to be more to those allegations. I’m a woman, and I believe in women’s rights.”