Lt. Clay Hammac reassumed command of the Shelby County Drug Enforcement Task Force, effective Jan. 2. Hammac temporarily gave up command of the SCDETF while he attended the 270th session of the FBI National Academy in Quantico, Virginia for about ten weeks. 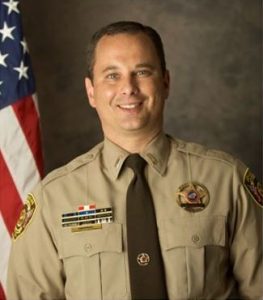 In Hammac’s absence, Lt. Dennis Blackerby was named as the temporary leader of the SCDETF. Blackerby has 22 years of experience with the Shelby County Sheriff’s Office, and has served as a narcotics investigator, narcotics supervisor, crisis negotiator, patrol supervisor, training coordinator and licensed helicopter pilot.

During Blackerby’s command, Hammac said the SCDETF maintained good relationships with other agencies while working to eliminate illegal drugs from Shelby County.

“The men and women of the Shelby County Drug Enforcement continued to work diligently under the leadership of Lt. Blackerby, and the guidance of the Shelby County Sheriff’s Office, the District Attorney’s Office, the Alabaster Police Department and the Pelham Police Department. I am grateful for the sacrifice that these men and women continue to make on a daily basis,” Hammac said.

Where in Alabama is ‘most paycheck-friendly?’

By NEAL WAGNER / Managing Editor Residents of Shelby County live in the most “paycheck-friendly” county in the state,... read more