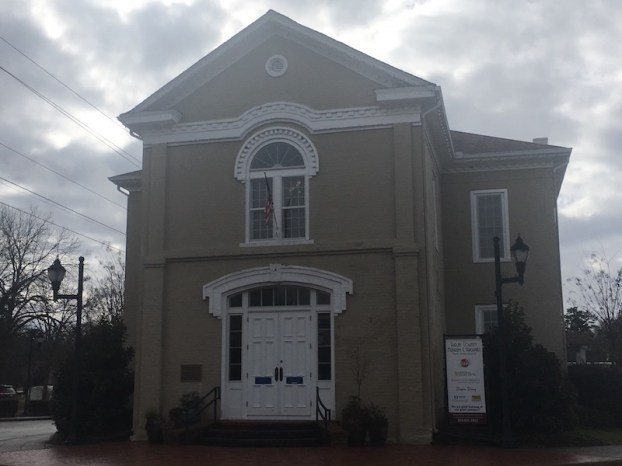 Members of the Shelby County Historical Society and the Columbiana LDS Church are seeking local volunteers to help on a project to digitize most of the county museum's records. (Reporter photo/Amalia Kortright)

According to LDS Missionary Erin Durbin, the church periodically submits all of the digitized records to be uploaded on Familysearch.org, a free genealogy website. Durbin said the project is one of Family Search’s “pilot projects” from around the world.

Shelby County Museum and Archives Jennifer Maier said the project will permanently preserve the records in the event of a fire or other disaster.

“We’re very fortunate that we’ve never had an event that has put our records at risk, but we are not immune,” Maier said. “We want to make sure that we have the history of Shelby County preserved for all time.”

LDS Mission Counselor Clem Muck said the project first started when he was a member of the Shelby County Historical Society Board of Directors, under the leadership of former President Bobby Joe Seales.

“(Seales) was concerned about the condition of our records and what could happen to them,” Muck said. “Family search is owned by the church, and it’s the largest genealogy agency in the world. Because I’m a member of the church, I got connected. When I told them about what we had, they were very interested.”

Volunteer Ann Rasco said scanning the archives brought back memories of people who lived in the county years ago. Several of the current volunteers also said working on the project serves as a source of entertainment.

“I got involved in the project early, and you’d be fascinated by the stuff that you learn,” Wildes said.

“Even some of the names going back to the 1850s are the names that you still see from the town,” volunteer Amy Pickens said. “I’m very slow at doing it, because I have to stop and read everything.”

Currently, Durbin said some of the records that were uploaded are available to the public on Familysearch.org. Durbin said the church anticipates that all of the records will be digitized and published online within the next two years. However, LDS Missionary Lauren Bond said the process could be completed more quickly. Because more people volunteered, Bond said the Family Search headquarters sent them an additional scanner.

“As we get more and more volunteers, (Family Search) send us more resources,” Bond said.

While three to five people typically volunteer per day, Durbin said there is room for more help, and volunteering on the project has been a rewarding experience.

“Because they’re reaping the benefit from seeing their family’s history, they’ll want to give back,” Durbin said.

Durbin said volunteer hours are from 10:30 a.m. to 2:30 p.m. from Tuesday through Friday, as well as on the second Saturday of the month. In the future, Durbin said the church hopes to expand on the project by offering genealogy classes to the community.