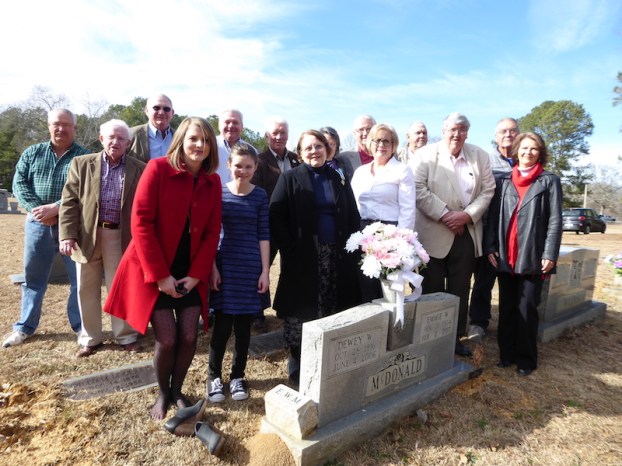 Descendants of Emmie Wilder McDonald and her mother, Ellie Stone Wilder, gathered for a grave marking ceremony held by the David Lindsay Chapter of the DAR on Feb. 3. (Contributed)

The David Lindsay Chapter of the Daughters of the American Revolution had a grave marking ceremony of two of its late Daughters, Emmie Wilder McDonald and her mother, Ellie Stone Wilder, on Saturday, Feb. 3.

The families of these two women came to the Fourmile community in Shelby County before statehood and still have many relatives living in area.

By PHOEBE DONALD ROBINSON / Special to the Reporter Ricky Harmon was ordained as the new bishop of the Columbiana... read more