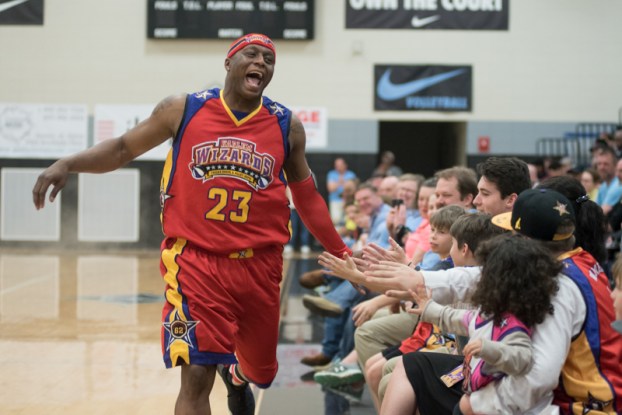 PELHAM – The Harlem Wizards will make their way back to Pelham High School on Friday, March 9, for a night of high-flying tricks, slam dunks and interactive fun.

The Pelham High School Marching Band is hosting the entertaining fundraiser for the second year in a row. It will take place in the PHS gymnasium at 7 p.m. – doors open at 6 p.m.

The Harlem Wizards will play against teachers, coaches, principals, local leaders and members of the community, known as the Pelham Dream Team. Last year Pelham Mayor Gary Waters, Pelham City School Superintendent Dr. Scott Coefield and several members of the Pelham City Council and Pelham Board of Education participated in the game.

The Harlem Wizards began in 1962 and now travel around the world entertaining audiences for schools and nonprofits, which has resulted in millions being raised for fundraisers.

The funds will be used to help offset the cost of operating the band program, such as covering travel expenses and buying new uniforms and equipment.

Advanced tickets are $10 for students and $12 for adults and can be purchased at Harlemwizards.com by choosing the “HW Store” link. Tickets will be available at the door for $15.

The first 50 tickets purchased will be entered to win upgraded to courtside seating.

FROM STAFF REPORTS PELHAM – In preparation for the opening of Encompass Health Rehabilitation Hospital of Shelby County in April, the... read more