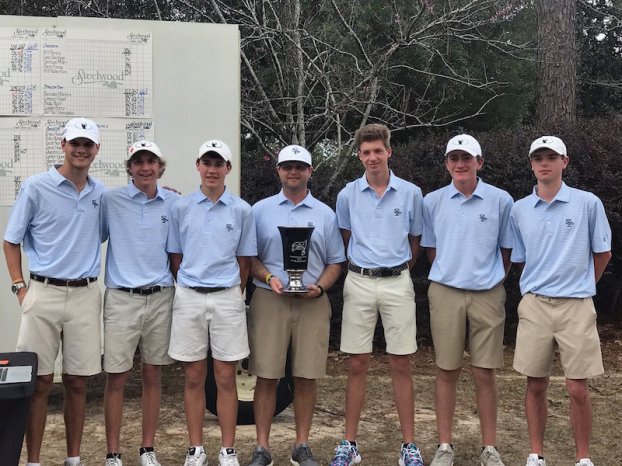 While one team won a state championship in 2017 and the other came up short of that goal, the Spain Park boys and girls golf teams both had last year in the past as they kicked off the 2018 season at two separate tournaments.

Spain Park’s girls are looking to defend their title from 2017, and while they may be focused on the challenge, there is no doubting the confidence that state championship has given this team moving into 2018.

It showed off on Tuesday, Feb. 20, as the Jags took to the course at Saugahatchee Country Club and were able to take home a share of the championship. 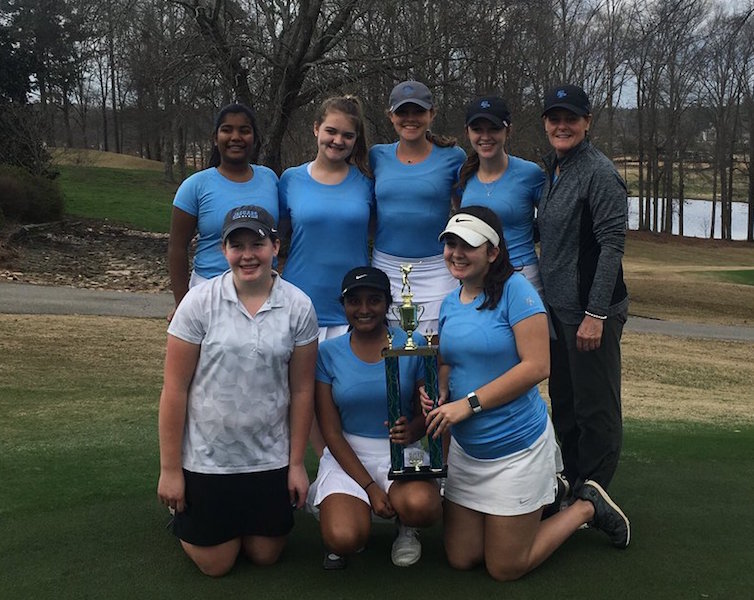 Caroline Waldrop, who is committed to Western Kentucky University to play college golf, was a big reason for the Jaguars’ success in their opening tournament of the season.

She went out and fired a 1-under 71 during her round to take home low medalist honors. Marilyn Steed and Caroline McCabe also contributed to the team effort by shooting rounds of 79 and 86, respectively, to help Spain Park tie for the overall team title. 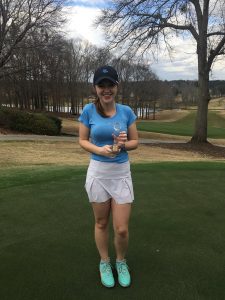 In the coming weeks, the Spain Park girls will compete in the Providence Tournament on Monday, Feb. 26, at Highland Oaks in Dothan, before competing in the Mountain Brook Invitational on Tuesday, March 6, at the Birmingham Country Club.

Competing in the Fairhope Invitational against teams like defending state champion Mountain Brook as well as Auburn, UMS-Wright, Fairhope and Thompson, the boys team started the season out with a difficult tournament.

The Jags, however, showed they are a legitimate state championship contender this season by bringing home the championship with a total score of 594, firing two cumulative rounds under 300.

With the return of several key contributors from last year’s team, including stars Ethan Hagood and Nick Dunlap, this team is poised for a run at a title this season after experience success with many of the same players last season.

All five of Spain Park’s golfers, including Hagood, Dunlap, Landon Carner, Reed Hereford and Matt Stuart, shot rounds of 77 or less in at least one of their two rounds, which shows the level of talent the Jags have from top to bottom.

Hagood and Dunlap were the only two to fire under-par rounds, however, which led to two top-five finishes between the two.

Hagood’s rounds of three-under, 69, and one-over, 73, were good enough for a two-day total of two-under, 142, which was enough to bring home the low-medalist honor for the tournament. Through one event, Hagood—who ended 2017 as the top-ranked junior golfer in the state—has picked up his first win of 2018.

Not too far down the list was Dunlap, who finished the tournament in fifth place. His two-day total was just a few shots off the pace of Hagood’s after firing rounds of two-over, 74, and one-under, 71, to give him a total of one-over, 145, for the tournament. 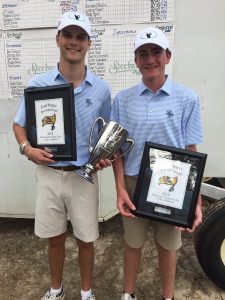 Spain Park will now compete in the Blue-Gray Invitational at Wynlakes Country Club in Mountgomery from Feb. 26-27, before competing in the Joe King Memorial tournament on Friday, March 2 and Saturday, March 3.

By ALEC ETHEREDGE | Sports Editor CHELSEA – It wasn’t easy, but the Chelsea Hornets were able to pick up... read more