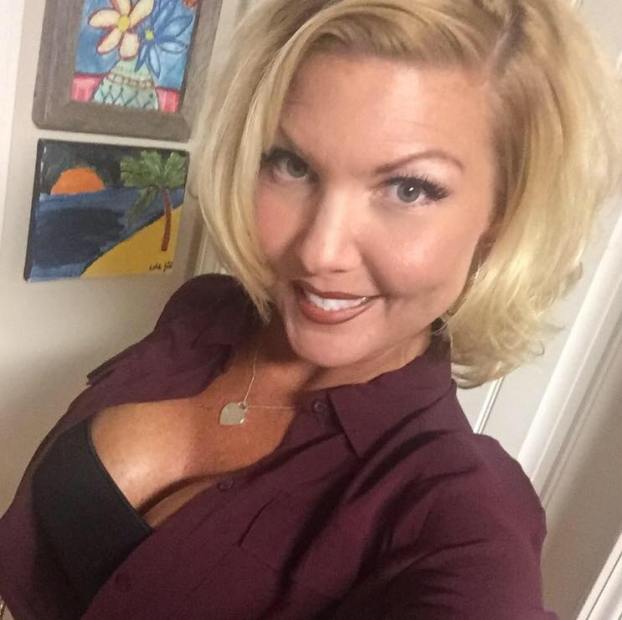 Authorities confirmed that William West is the male seen in a video obtained by Inside Edition that shows Kat West in a liquor store with a man. The video depicts a seemingly happy couple – laughing and being affectionate inside R&R Wine and Liquor in Calera. The couple purchased a bottle of Lucid Absinthe and a bottle of Jameson Irish Whiskey. The video shows the last time Kat West was seen alive.

Calera Police Chief Sean Lemley said 44-year-old William Jeffrey West was a suspect in his wife’s murder from the very beginning, but evidence was needed to support suspicions. “We received our last and final evidence report from the Department of Forensic Science the day before yesterday,” Lemley said during a press conference at the Calera Police Department on Feb. 22. “The case and all evidence was reviewed by the Shelby County District Attorney’s Office and was screened by the Shelby County magistrates’ office to obtain a warrant for Mr. West’s arrest.

“We know exactly what happened for the most part in this case,” Lemley said. “We know what happened that night and we do have evidence to support that, but providing that evidence may hinder the prosecution process.”

Lemley said he is still very restricted on what information can be given out.

“The case is still under investigation even though an arrest has been made,” he said. “The case has to go to trial as well, so any information that is given out can still hinder the investigation as well as the prosecution.”

He said he also doesn’t want to taint witnesses or possible jurors in the case with any info they see in the news.

William West was arrested at his home around 8:15 a.m. today, Thursday, Feb. 22, in connection to the murder of his wife, 42-year-old Kathleen West. The couple’s young daughter was not home at the time of the arrest.

He is being charged with murder and is currently being held in the Shelby County Jail on $500,000 bond.

Kat West’s body was found partially nude by a passing motorist at about 5 a.m. outside her home on the 100 block of Greenwood Circle on Saturday, Jan. 13. Lemley said Calera police officers were dispatched to the scene at 5:10 a.m.

The cause of her death was blunt force trauma to the head and she was pronounced dead at the scene. Lemley said he could not disclose what they believe William West’s motive was.

From his knowledge, Lemley said William West was aware of his wife’s activity on an adult website that sold pornographic photos of herself, charging $15.99 per month for access. Her Twitter profile, which is listed under the handle of “kittykatwest75,” included revealing photos of her and provided a link to the adult website.

She was also a member of a Facebook group called The Cougar Club, which emphasized that it is not a dating site, but rather a place to “spread the word that a Cougar is a beautiful, intelligent, classy older woman who men of all ages find attractive.”

“I don’t know if he was okay or not with what she was doing,” Lemley said.

However, he did say it is believed that William West acted alone and that there was no history of domestic violence between Kat West and her husband on file with the Calera Police Department.

“Unfortunately, domestics turn bad very quickly and anything can trigger them,” Lemley said. “They can get into an argument and things can change very quickly.”

Lemley said William West was interviewed more than once by police. In the times that he spoke with William West, Lemley said he didn’t seem to be very upset.

“I guess you can get different readings from different people,” Lemley said. “I guess people take things differently, so it’s kind of hard for me to say if his behavior was unusual, especially in our line of work because what’s unusual to most people – we see a lot of.”

The day of a private funeral service for Kat West, her husband posted a message on social media explaining why the family decided to have a private service.

“Today we had a private ceremony for Kat,” the post stated. “We made it private due to the fact of the media coverage and from people stalking the family then posting on Facebook in the local area. I wanted to apologize to all extended family and friends for this, but we had to do this for the security/privacy of the family. To the public, our tragedy is juicy gossip and with the family reading all negative and unfounded comments we have decided not to speak to any media outlets at this time because we don’t want our tragedy to be public entertainment. Right now, we want to mourn in private and let the Calera Police Department do its job. Thank you to everyone who are sending positive comments to the family. Also in closing, Kat was a loving wife, mother and daughter who is going to be missed.”

There were some factors about the case that Lemley said made it different from most. The fact that Kat West’s body was found outside of the home and her being partially nude were factors that made this case different from other domestic homicides, he said. Usually the murder takes place inside the home.

Lemley said four Calera detectives worked the case, two of which were assigned to it full-time.

“This case was all they worked on every day,” he said.

He thanked the Alabaster and Pelham police departments, the state Department of Forensic Science and the FBI, which provided cell phone technology assistance, for their help with the case. He said a host of other state and federal agencies also provided assistance.