COLUMBIANA – A Columbiana man was recently put behind bars after an incident in which two police officers were injured.

Patrick Terence Burns, 37, who lists an address on Shultz Road, was arrested by the Columbiana Police Department on Monday, Feb. 26 and charged with two counts of assault in the second degree, obstruction of justice, attempting to elude law enforcement and escape in the first degree. 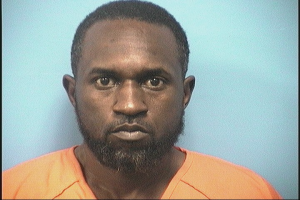 According to his arrest warrants, Burns allegedly, “with the intent to prevent a peace officer…from performing a lawful duty,” caused physical injury to two CPD officers.

Burns is also accused of providing a false identification employing physical force, or a threat of physical force, to escape from custody and attempting to flee the scene on Shelby County 47 in Columbiana.

First-degree escape is a Class B felony, which can result in a prison sentence of two to 20 years upon conviction. Second-degree assault and obstruction of justice are Class C felonies, and attempting to elude law enforcement is a Class A misdemeanor.

As of Thursday, March 1, Burns remained in the Shelby County Jail on bonds totaling $76,500. His case was assigned to Shelby County District Court Judge Daniel A. Crowson Jr., and the date for a preliminary hearing has not been scheduled.