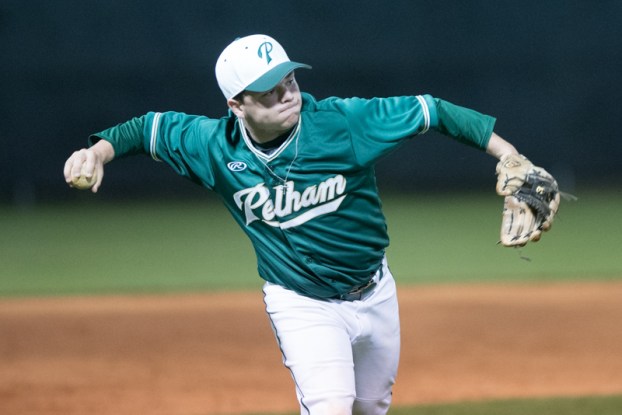 We are now close to a month into the baseball season meaning it is in full swing as teams try to prepare for area play in the coming weeks so they can lock up a spot in the playoffs.

Here is an update from games that took place on Monday, March 5, and Tuesday, March 6, as well as an update on records as teams have played close to 10 games.

Spain Park held a 9-6 lead against Vestavia heading to the final inning, but the Rebels scored five-unanswered runs in the top of the seventh to pull off the comeback win.

Mountain Brook was able to win a home game against Chelsea on Monday, March 5, thanks to one run in the third inning and two runs in the fourth.

There was a total of just six hits between the two teams, but five of those hits came from the Spartans as Chelsea picked up one in seven innings.

Riley Watkins and Cameron Gage combined for a strong game on the mound allowing just one earned run and striking out 10. Chelsea is now 7-2 on the season.

After starting the season 7-0, the Pelham Panthers have lost three consecutive games to Calera, Vestavia and Hoover. To be fair, all three could win a state championship in their classifications this year and Pelham still sits at 7-3 overall.

It’s a much better start than last year as they look to compete with Chelsea and Helena in a very difficult area later this season.

Against Hoover, the Panthers trailed just 2-0 at the end of three innings, but the Buccaneers combined for 14 runs over the final four innings to run away with the win.

Four different players were able to pick up one RBI, but the Panthers walked out of the game with just two hits.

Briarwood lost just its second game of the season on Monday, March 5, when they hit the road to take on Hewitt-Trussville.

Hudson Hartsfield led the team at the plate going 2-for-4 with an RBI. Noah Whatley tossed all six innings and gave up three earned runs and struck out one.

Briarwood is now 6-2 overall this season.

Montevallo actually held a 9-6 lead in this game after scoring six runs in the bottom of the third inning, but Thorsby went on to score 10 unanswered runs between the fourth and sixth inning to pull away for a 17-10 win.

Jonathan Grisham and Malik Inabinette both went 3-for-4 for Montevallo, while Inabinette drove in two runs and scored twice and Grisham drove in one run and scored three times.

The Bulldogs are now 3-5 overall this season.

Thanks to a home run from Robbie Albright at the plate and strong pitching from Cole Fincher on the mound, the Vincent Yellow Jackets topped Coosa Central 15-5.

Vincent is now 3-3 this season thanks to Fincher who is a perfect 3-0 on the mound in his starts.

The Evangel Lightning are off to a rocket fast start, having already played 11 games early in the season. Thanks to an 8-3 win over Southern Academy on Monday, March 5, and sweeping a double-header against East Central Homeschool, the Lightning are now 7-4 overall this season.

Evangel combined to score 39 runs in those three games after beating East Central 15-0 and 6-1. Chase Jones had three RBIs to lead the Lightning in game one of the doubleheader, while Weston Akin, Seth Harrison, William O’Neal, Hunter Green and Will Parker all had multiple RBIs in the second game.

Coosa Valley used six-unanswered runs between the third and fifth inning to pull off a 6-0 win over in-county foe Kingwood. The Rebels also limited the Lions to just two hits to pick up the shutout performance.

Tripp Allen led the way at the plate going 2-for-2 with two RBIs, while Kaleb Allen went 2-for-3 with a run scored. Lew Dale also had a nice game going 1-for-3 with an RBI and two runs scored.

Sam Shepher tossed all seven innings on the mound for Coosa Valley allowing just two hits, while striking out 10 batters in the shutout effort.