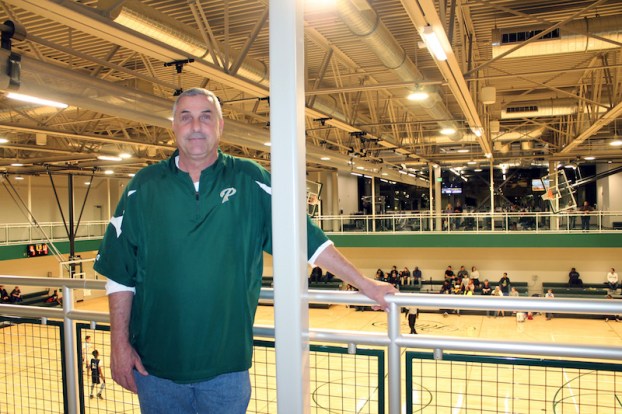 If I ever mention Billy Crandall in front of students, remarks like, “Mr. Billy from the park? I know him! I love Mr. Billy!”

Pelham Parks and Recreation Director Billy Crandall makes kids’ dreams come true in Pelham, Alabama. Along with his team of professionals, whose offices are now housed at the Pelham Rec Center, this hard-working team makes sure that kids have all they need to have fun in Pelham including great uniforms, invested coaches, officials, practice opportunities, game times and an annual Easter Egg Hunt.

While most of Pelham’s sports are outdoors, Crandall longed for one indoor facility. As soon as the city started a basketball league, the search for courts began. Mostly, the Pelham Rec teams found their court time at Pelham High School. Having two gyms seems like one would be unused and available, scheduling rec league basketball practice and game was an enormous challenge. Not only did the high school use gyms for both boys and girls basketball teams at multiple levels, during the rec league’s basketball season, they’d also find PHS wrestling, color guard, dance, cheerleading and other teams scheduling gym time.

Visitors to Pelham’s new Rec Center on its opening day found city league basketball games already in progress. And this year, Pelham Rec was able to host the championship games from all of the local municipalities involved in their league at the Pelham Rec Center.

“Coach Kiel was always great to work with at PHS,” said Pelham Parks and Rec employee Christian Holler, “but I’m sure she didn’t miss trying to work us into an already tight high school gym schedule this year.”

“Having the championship here was awesome,” said Holler. “Seeing the other cities so impressed with Pelham’s new recreation facility created lots of pride. Everyone sees that Pelham is doing really well.”

Offering thanks to the city council, mayor and everyone involved, Billy Crandall is all smiles.

“Pelham’s new rec center is a dream come true. I can knock this off my bucket list. I always wanted the kids to have a place to play basketball.”

By CONNIE NOLEN / Community Columnist “Looks like my Panther Playback three will be the only broadcast students attending the... read more